The scientific complexities of this story may be of more interest than the plot itself. Wolverine is sent back in time to inhabit his old body and try to prevent an anti-mutant from being assassinated. Under Bryan Singer’s direction, we have the most complex ‘X-Men’ film yet, but it does not stand on its own. I cannot recommend the film to anyone not firmly grounded in X-Men lore, and I am not, but I can see the story is complex and intricate. Rating: low +1 (-4 to +4) or 5/10

First off, let me tell you that you are not dealing with some X-Men newbie here. I have actually seen a couple of the X-Men films. Yep. And I think I may have read a comic or two at the barbershop back when I was a teen. In between times, I probably have focused my mind on the story all of about seven minutes, I would guess. If you have more background than that, you may want to read the review of someone who actually understands what the heck is going on. Well, I understand some and I apologise in advance for the inevitable errors.

The film starts in the future. There are robots hunting and killing mutants and also killing people who might have mutant offspring… Whoa! Hold it right there. Mutation happens as a matter of random chance. Hunting for parents-to-be of mutants-to-be is like trying to save the economy by killing off anyone who has a child who might win the lottery. But the film is right that there really are mutants all around us. You bet there are. You want to see one? Look in a mirror. Look at your spouse. Look at your kids. You will not see any of these people who have fewer than about fifty mutant genes. Generally parents give their children about sixty gene mutations, and environment adds more. It does not take much effort to find mutants. Every man, woman, dog, cat or armadillo is with a very high probability a mutant. So finding a mutant is really easy work.

The highest probability is that a mutant gene will have not noticeable effect on the host. We have a lot of redundant DNA that is used in error checking. If a mutant gene has any observable effect at all, almost certainly it will be a negative effect. Once in a while a mutant gene has a positive effect and it gives the host some survival and mating advantage. Those mutations are the ones that contribute to evolution. The ‘X-Men’ movies are no paragons of scientific understanding and accuracy.

. So as I was saying there are these robots programmed to kill mutants and which are going too far. Mystique (the mutant formerly known as Raven, here played by Jennifer Lawrence) is trying to stop the robots by murdering their inventor Bolivar Trask (Peter Dinklage, the producers want as many recognisable actors as possible). What she does not seem to realise is that this would be a very bad move. Trask does not let loose the robots, it is the anti-mutant backlash after the murder that sets the robots off. So the mutants from the dystopian future have to prevent Trask’s death, odious as that task is to them.

Ah, but how can the X-Men (including X-Women) possibly stop a murder that happened back in 1973? But, of course. Kitty Pryde (the mutant always known as Kitty Pryde, played by Ellen Page) has had her genes so scrambled that she now has the power to send people’s consciousness back in time to inhabit their younger 1973 bodies and use them to get around even with their future consciousness. (No, really!) Sort of in the fashion of ‘Quantum Leap’, the older person retains the memories of the future while possessing the younger body.

The X-Men decide to use this genetic skill to send back in time Wolverine (the mutant formerly known as Logan, played by Hugh Jackman) to protect the anti-mutant Trask so that Mystique does not kill him and create a backlash that will end up killing machine- detectable mutants and the parents of what will be machine- detectable mutants. Things get even more complicated. While Wolverine inhabits Logan he goes through this adventure in Logan’s body. But Wolverine used to be this Logan so why does Wolverine not have old memories of this whole adventure that he dragged Logan through?

This all is not an uninteresting idea for a plot. It has some complexity and this is only where the story starts. Here I am kidding not the plot itself but the complexity of relating it and also the difficulty of making the story work for the uninitiated such as myself. I am also kidding the absolutely ridiculous attempts after the fact to rationalise this pure fantasy story as Science Fiction. The worst snag is that this story does not stand well on its own. There is too much back referencing forward and backward through time with characters the writers expected to be familiar for the viewer.

Bryan Singer directed the film based on a screenplay by Simon Kinberg from a story in the comic. He goes a little overboard trying to create the feel of the period by shaking the viewers face in lava lamps and playing 1970s music. There are some notable casting problems. James McAvoy and Patrick Stewart play the same person at different ages and are seen in the film in close proximity. They just do not look very much alike. Michael Fassbender really does not look much like Ian McKellen, though they also both play Erik Lehnsherr but at different ages. Yet these failures to resemble pale next to that of Richard Nixon and Mark Camacho playing Richard Nixon. Camacho looks a little like Nixon from the side, but there is no resemblance from the front.

I cannot recommend this film for anyone who is not really conversant in X-Men folklore, which I am not. That being true I can respect the multi-faceted story even if it did not do a lot for me. Your mileage may vary by your experience but for myself I would say this film rates a low +1 on the -4 to +4 scale or 5/10. 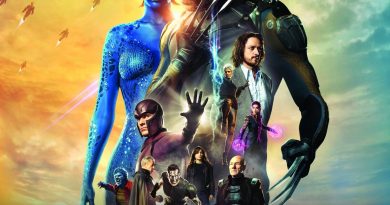 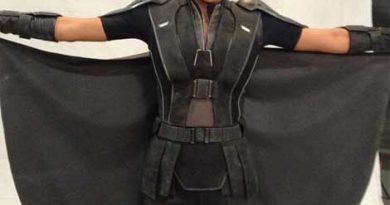 X-Men: Days Of Future Past… Storm-ing in.

X-Men: Days Of Future Past… Storm-ing in.