Animal charity PETA – the People for the Ethical Treatment of Animals – recently sent a letter to Games Workshop CEO Kevin Rountree asking that the fantasy and scifi miniatures firm ban “fur” garments from all its plastic Warhammer characters (and presumably the old metal/lead ones, too).

PETA said, “From the mighty Leman Russ and Horus Lupercal to Chaos Warriors and the Sisters of Silence, Warhammer features an abundance of characters who wear what appear to be animal pelts, which just doesn’t add up. These battle-hardened warriors are known for their martial prowess – but wearing the skins of dead animals doesn’t take any skill. Draping them in what looks to be a replica of a dead animal sends the message that wearing fur is acceptable – when, in fact, it has no more place in 2017 than it would in the year 40,000.”

Yes, we did have to check this story was genuine and not sourced via The Onion.

So, what would be a good response from Games Workshop?

How about renaming one of their paints – Skrag Brown (always a goodie for hair, horses and fur) – as Skrag Brown Artificial Fur?

Over to you, Games Workshop. 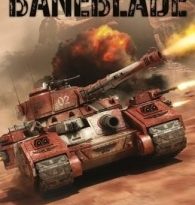