Unless you are an alien just landed on Earth, you must surely know that Warhammer 40,000 is a miniature wargame produced by Games Workshop. The first edition of the rulebook was published in 1987, and the ninth and current edition was released in 2020. Players enact battles using miniature models of warriors and fighting vehicles. The game has spawned a large amount of spin-off media, including board games such as Space Hulk and Battlefleet Gothic.

It’s enough to make a famous tabletop gamer like Henry Cavill break out in a hot sweat! 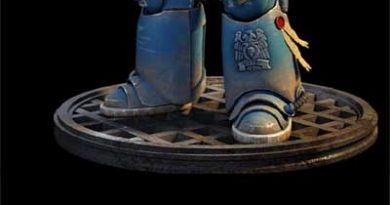