The Hugo Awards are the most famous US-based award for achievement in science fiction literature. Given every year at the World Science Fiction convention, this year’s award was to be streamed live over the internet to be enjoyed by all the SFF fans who couldn’t make it to the con. Sadly for them, Chicon 7, the 70th World Science Fiction Convention, picked the people at Ustream to do the streaming. Not a good move. Everything was going swimmingly, right up until some video clips (fully authorized by the media owners) were shown of things like the Doctor Who series and some of Neil Gaiman’s works. Then, the firm’s automated copyright-nazi bots kicked in and shut down the whole online event and wouldn’t re-start again, no matter how much prodding and poking went on. Luckily for Ustream, Neil Gaiman – who was doing the chatting when the online lights went off – only has 1.7 million followers on Twitter, so not many people will find out about this.

Brad Hunstable, Ustream’s CEO and Founder, pinned the blame on someone else’s technology in a public apology, which read…

“On Sunday night, The Hugo Awards were streaming live on Ustream (The Hugo’s are like the Academy Awards for science fiction). Very unfortunately at 7:43 p.m. Pacific time, the channel was automatically banned in the middle of an acceptance speech by author Neil Gaiman due to “copyright infringement.” This occurred because our 3rd party automated infringement system, Vobile, detected content in the stream that it deemed to be copyrighted. Vobile is a system that rights holders upload their content for review on many video sites around the web. The video clips shown prior to Neil’s speech automatically triggered the 3rd party system at the behest of the copyright holder.

Our editorial team and content monitors almost immediately noticed a flood of livid Twitter messages about the ban and attempted to restore the broadcast. Unfortunately, we were not able to lift the ban before the broadcast ended. We had many unhappy viewers as a result, and for that I am truly sorry.
As background, our system works like this in order to support a large volume of broadcasters using our free platform. Users of our paid, ad-free Pro Broadcasting service are automatically white listed to avoid situations like this and receive hands-on client support.

I have suspended use of this third-party system until we are able to recalibrate the settings so that we can better balance the needs of broadcasters, viewers, and copyright holders. While we are committed to protecting copyright, we absolutely must ensure our amazing and democratizing platform allows legal broadcasters to Ustream their events and shows. This is our first and foremost obligation to our users and community.

Ustream is committed to promoting Internet freedom, and we will strive to continually improve our service to provide the best, legal viewing experience possible.”

The comments section of his apology is, as you might expect, a little ‘lively’.

One Marc Whipple sums up the feelings admirably when he said…

Usually, this sort of thing might have worked, but you are not going to convince a bunch of angry science fiction fans to absorb some technobabble which is obviously an attempt to mislead them about what happened and your ultimate responsibility for the outcome.

That’s the main problem with censorship technology. It rarely works in practice, unless by practice, you mean the dystopia in Brazil with the added sensibilities of a Douglas Adams novel.

If they decide to stream the awards, it’ll probably be steam-driven tech!

Finalists in for the 2020 Hugo Awards, Lodestar and Astounding Awards (news). 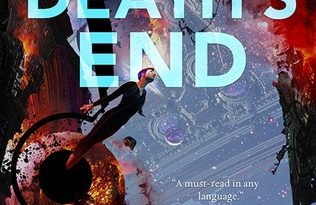 Finalists for the 2017 Hugo Awards.

Finalists for the 2017 Hugo Awards.