Continuing the series of collected short stories, ‘Upon The Dull Earth’ covers the period 1953-1954 and there are 22 stories in this published variously in genre magazines of the time. There are some notes at the back of the book to put the stories in context. I’m going to look at a few of the stories to see that Phil Dick was using the stories to convey. If I had to sum up the stories, I would say they are intriguing, creepy and have a unique atmosphere, almost frozen in their period but with themes that continue to fascinate and concern modern writers and, of course, they are often mined for ideas.

The first two stories in the collection ‘Fair Game’ and ‘The Hanging Stranger’ share similar ideas but come out in a completely different way. In ‘Fair Game’, there is a conflict between the idea of a higher intelligence observing us with a comic twist. ‘The Hanging Stranger’ is darker with some social issues coming to the fore, without being outrightly controversial, it addresses not only alien invasion but conformity and rebellion all in a short story. It’s powerful and more so because of the time it was written. It could easily be written now but would lack the edge of the 1950s with all the civil rights and ‘reds under the bed’ paranoia.

‘The Golden Man’ looks at how we might lose out in the race to survive if we are overtaken by our own species with more advance physiology. Again, it uses close observation of how humans react to each other and sees love as a weakness in human females.

‘Pay For The Printer’ has themes brought out more fully in ‘Ubik’ about decay and entropy but also foresees the 3D printer. Here, post-apocalypse, the humans rely on the alien race, the Biltongs, who print out facsimiles of their buildings and equipment. But the Biltong are failing and the human race has lost its ability to survive. It’s very bleak and depressing vision of a world that is crumbling to dust but surprisingly is ultimately optimistic.

‘The Chromium Fence’ looks at world where bigotry is alive and well, leading to the conclusion that history teaches us nothing and we continue to make the same mistakes in the future.

‘Sale Pitch’ starts out with the mind-numbing advertising endured by Ed Morris on his daily commute to Earth and the plethora of robot-salesmen. He wants out and the chance to move to a less advanced world with only 20th century plumbing but he is interrupted by an over-eager salesmen who refuses to leave and he’s not selling double glazing!

The title story is ‘Upon The Dull Earth’ which is an extremely disturbing tale about the end of the world and how it comes about. It’s simple and horrible and so exquisitely described, it makes you weep with despair and wonder.

If you’ve never read the stories of Phillip K Dick, this volume also shows his ability, a few lines creating whole worlds and situations out of this world. They are dark and disturbing stories with the occasional wink of light. The collection is one year’s worth of a lifetime of talent, paranoia, philosophy and ultimately huge ideas that we are still obsessed with today. 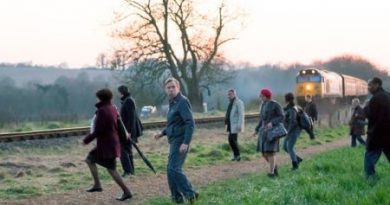 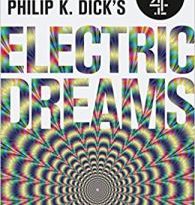 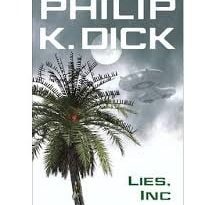