Here’s the weekly roundup of all the best new content that is fit to print, and some that probably isn’t, concerning the topic of UFOs, UAPs, and a sugary side-dollop of woo.

Lue Elizondo joins the Fade to Black Show to discuss the latest developments in his work in Washington, DC, as well as the UAP problem… and they also talk about Chris Mellon’s recent DeBrief piece.

Richard Dolan is the guest on the MUFON WHAT’S UP radio show, hosted by Katie Griboski, Chris DePerno, and Katie Cook. Richard is a major researcher and author on the topic of UFOs across the globe. He is a well-known major character in ufology who has produced multiple books and participated on various well-known programmes.

Debbie Jordan-Kauble is a guest on the Shifting the Paradigm Show. Debbie was a prominent character in Budd Hopkins’ New York Times best-selling novel “Intruders, the Incredible Visitations at Copley Woods,” as well as the 1992 CBS mini-series starring Richard Crenna and Mare Winningham. To protect her family, she used the alias “Kathy Davis.” She published her own book, “Extraordinary Contact: Life Beyond Intruders,” after a lifetime of ongoing encounters to share her storey with those who have been impacted by the phenomenon.

Author Marco Vigato has travelled the globe in quest of the roots of civilisation and mystical traditions. He spoke with Coast-to-Coast presenter Richard Syrett on the potential existence of Atlantis and its impact on subsequent ancient civilizations. According to Vigato, during the Younger Dryas era, which approximately corresponded to the end of the previous Ice Age, there was a major reset of civilization. He stated that the earth had began to warm, but then something occurred, causing temperatures to plummet once again.

Nick Redfern discusses the strange incidents of MIB visits, as well as the possibilities of time travel and the claims made by humans, in this Coast-to-Coast episode. In the 1950s, Albert Bender, who founded a UFO study group, was contacted by three MIBs who cautioned him to stay away from the issue. Witnesses have described the Men in Black as not seeming totally human, with waxy skin and protruding eyes, which adds to the intrigue. Some speculated that they were aliens in disguise. According to him, the fact that MIBs might appear minutes after a UFO encounter implies to some experts that they are manifested around witnesses’ locations.

As part of their investigation into the sequence of occurrences known as the Roswell of Wales, the Pentyrch UFO Incident, Cristina Gomez and Jimmy Church make an episode of Mysteries with a History. On the 26th of February 2016, numerous people in the community of Pentyrch, South Wales, UK, saw an oddly shaped UFO flying above their heads. This tale has it all, including military participation, a suspected UFO crash, and so much more. It has been dubbed ‘The Welsh Roswell’.

Ross and Bryce discuss why the United States Air Force is not as sensitive to the UAP problem as the United States Navy. They also look at a number of public pronouncements made by government insiders, such as CIA directors and National Intelligence Directors, who are extremely forthright about the likelihood of extraterrestrial contact. They also talk about the crash recovery tales that have been mentioned. Then they wonder why they aren’t all huge news items in the mainstream media. 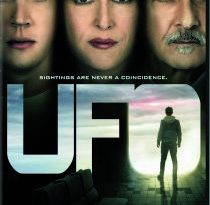