This episode focuses on Bryce and Ross’s opinions on the recently published and lengthy (73 days!) unclassified version of the UAP Report.

SecureTeam is here with their usual roundup of recent user-submitted UFO and UAP footage shot on shaky cell phones from around the world.

An update on UFO news and the likely UAP disclosure situation for 2023.

Lu and the super-brain that is Rather B. Squidding bring an update on why they abandoned the UCR UFO podcast at the height of its popularity.

Mario Woods returns to elaborate on his bizarre experience with time dilation while serving as a guard at Ellsworth Air Force Base in South Dakota, where he was responsible for the security of nuclear weapons and other radioactive materials.

Jonathan Dover and Stan Milford, Jr., two former Navajo Rangers well-known for their appearances on Netflix’s Unsolved Mysteries, join the CAB team to talk about their paranormal investigations, viewpoints on Bigfoot and Skinwalkers, and much more.

Tom Rogan is an online editor and foreign policy writer for the Washington Examiner and he chats UFOs with Jay and W.C.

In this podcast, Andy is joined by UK based researcher, investigator, and author Paul Sinclair. They discuss Sinclair’s unsettling childhood experiences, his writing of the ‘Truth Proof’ series, incredible testimony from witnesses around the UK, connections between UFOs, Cryptids, Missing persons and more, another UK ‘Rendlesham,’ listener questions, and a quickfire round.

In this episode of Engaging The Phenomenon, a 64-year-old lawyer and former assistant attorney general, Terry Lovelace shares his firsthand experience with UFO contact and government involvement with the incident and surveillance. He reveals that in 2012, a routine X-ray of his leg found an anomalous bit of metal the size of a fingernail with two tiny wires attached. This discovery led to him experiencing horrific nightmares, spontaneous recall, and intrusive thoughts surrounding a 1977 camping trip he took with a friend to Devils Den State Park in Northern Arkansas. The episode promises to be an intriguing and insightful look into the world of UFOs and government cover-ups.

On January 3, 2023, close to the Ukrainian border, Rostov Oblast, Russia shot down an unidentified flying object. Chris Lehto reviews the footage and provides an update on the UFO sightings at the Kyiv Main Observatory.

Do extraterrestrial beings exist in our waters, and if so, is there proof of their presence?

According to a recent research, science is becoming less innovative and more stale. What is happening? Dr. Julia Mossbridge advises putting more of an emphasis on cutting-edge scientific subjects like UAPs, time travel, remote viewing, and others.

Writer Daniel Liszt delves further into the ties between the UFO File and the Mystery Schools. DJ leads us inside the mysterious HotZone, where government contractors and aerospace workers are bound to secrecy to prevent them from disclosing the existence of Atlantis ruins seen in the waters between Bimini and Cuba. 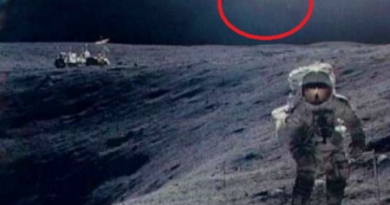 What astronauts really saw on the Moon.