Let’s start with the Unidentified Celebrity Review chatting with Brit Franc Milburn, an ex-intelligence officer and alumnus of The Royal Military Academy Sandhurst. His investigations into the UAP phenomenon seems to favour the possibility that we’re seeing competing factions from the future who are either trying to preserve the existing time-line (to save their place in it), or knock it off course from some coming shock (comet strike, nuclear war etc).

It’s an interesting theory. My main objection to this kind of monkeying around is what Kissinger said* when the President asked if the USA should nuke China during the Cold War. “Yes, but how many times, Mr. President?” What Kissinger meant is if you nuked China in 1960, you’d also need to nuke them in 1970, 1980, 1990 etc, just to keep China down and stop them from ever developing W.M.D. revenge weapons and wiping the USA out.

With temporal meddling in past time-lines, it’s spaghetti all the way down (or should that be, back). You assassinate Hitler in 1939, the enemy counters by slipping him the plans for the atomic bomb in 1938… along with a note to be sure to sit at chair seven in that upcoming Eagle’s Nest meeting, rather than chair 23. There’re infinite moves and counter-moves. If it’s branching multiverses, instead, what would even be the point of meddling, apart from puriant experimentation for shits and giggles?

I had to address a lot of these contradictions myself with my time travel novel ‘Mission To Mightadore‘, which touched on similar themes (book #7 of the Jackelian series).

As an aside, so did the excellent under-rated Netflix TV series, “Travelers”, starring (oddly) actor Eric McCormack in a stand-out non-comedy role, with far-future factions using consciousness imprinting tech to over-write people in the past about to suicide or accidentally die, to keep their interventions with time-line disruption to a minimum. Agents of a devastated future trying to rewrite the past to set humanity on a better path.

UFO sightings by the military may be linked to the quest for intelligent alien life, according to NASA administrator Bill Nelson, who spoke recently at the University of Virginia. It’s the most honest and straightforward comments on the UAP problem yet from a NASA administrator, and it’s unusual, says Section 51.

UFOs are now regarded seriously by the United States government, although the origins of these now public UFO programmes have been a source of controversy for many years. Recent revelations concerning the Advanced Aerospace Weapon Systems Applications Program, which was headed by James Lacatski, have provided further information about the programme.

Lacatski goes into further depth about this in his latest book, “Skinwalkers at the Pentagon.” And… it’s a lot to take in all at once. It reads like a Halloween special, replete with werewolves, ghost-like apparitions, and haunted dwellings, to say nothing of the supernatural elements. However, the people who tell these stories are trustworthy. Something seems to have occurred that shouldn’t have happened. And our top chap Rather B. Squidding has a pretty decent notion of what it was.

Is a new space race on the horizon? What exactly is the United States Space Force concealing? And should we be concerned about the possibility of an alien threat?

In a new interview, NASA Administrator Bill Nelson divulges information on the UAP. Is NASA saturating the public with UFO disclosures on a regular basis? Is NASA of the opinion that humans are descended from extraterrestrials? Prof. Simon conducts an investigation.

Everything about Crash Retrieval is discussed in this panel discussion for Engaging The Phenomenon. Important instances, ramifications, the relationship between CR and disclosure, and all that.

An eerie luminous orb has been sighted flying at supersonic speeds off the coast of Cornwall in this clip from Season 2, “Alaskan Sea Monster & Mystery Jungle Jet.”

And in another Unidentified Celebrity Review, interviewer Daniel Miller (the Matthew McConaughey of the UAP field), sits down with British author, historian, and Debrief contributor Graeme Rendall about his new book dealing with the Foo-Fighters of world war two… a deeply researched work backed up by more RAF archive papers and actual airmen accounts than you can shake a Messerschmitt Me-210 at.

Here’s a brief video discussing well-known UFOlogist Dr Greer’s story about an alleged failed attempt to recruit him and compromise his work by General Stubblebine and John Alexander.

And SecureTeam also has a quick look at the NASA head’s musings about UAPs and alien life possibilities, as well as the usual user-submitted videos of odd lights in the sky.

Next, the Unidentified Celebrity Review chats with Chris Plain, the head science writer at The Debrief, about how UAPs and science are intersecting now and in the future, what with our new thermal orbital telescopes going up, etc. – more of a hoot than a sackful of tickled owls.

Lastly, we have the Australian Federal Parliament asked about what they are doing about UAPs, the watching of which is a little like asking Beavis and Butthead to explain a quantum information theory perspective using Non-Markovianity and reservoir memory of quantum channels. Or, in the words of the immortal Homer Simpson… doh!

* I think it was Kissinger, but it might have been an earlier adviser speaking to Truman during the darkest days of the Korean War. Memories of my school history lessons fade increasingly with time and my dotage.

Thanks to best-selling science fiction & fantasy author Stephen Hunt for compiling and authoring this weekly report. Best-known for creating the steampunk sub-genre with his Jackelian series (HaperCollins/Macmillan/Tor), the first of Stephen’s Sliding Void space opera series adventures was simultaneously the #1 most downloaded novel on Amazon UK, Amazon USA, Amazon Australia, and Amazon Canada. He now makes time in between scribbling his literary endeavours to go so far down the rabbit hole that we’d need to dispatch the White Rabbit as a Crash Retrieval Specialist to rescue his ass. 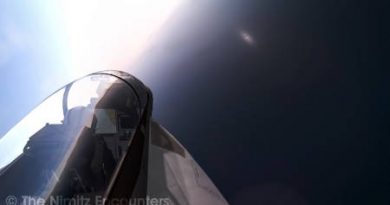