If you are missing Captain Jack and Gwen Cooper, then you might get a satisfactory fix from this audio book. ‘Exodus Code’ follows on from the momentous events of ‘Miracle Day’ and, once again, we are flung into world-changing events. On an Earth that seems to have moved far away from that of ‘Doctor Who’, the post-Miracle Day world is still trying to heal its scars. Not much notice is taken of a few hysterical women as they self-harm and mentally disintegrate. Luckily for the world, one of the women is Gwen and before long, Captain Jack is on the case. He realises there is something much bigger at play here and the little local difficulty in Cardiff is just the beginning. Ah, Cardiff, we don’t spend much time there but the addition of Gwen and Rhys at least reminds us of why we used to love ‘Torchwood’.

Jack’s long life has led to many adventures and here we have a dual time-line to follow as the plot gradually reveals itself. There is quite a cast of new characters brought into the mix, although I never feel we are meant to get too cosy with any of them. They are there for the local colour and to puff out the plot. We do also get the more familiar ones back, including Rhys and even Sergeant Andy although, like Rex from the CIA, he only has a walk-on part.

This follows on from TV ‘Torchwood’ but also references some of the audio books recently issued which is a nice touch if somewhat confusing if you don’t happen to believe anything outside TV can form part of the canon of stories.

I enjoyed the story for what it was but I feel it might be time to leave ‘Torchwood’ alone for a bit. I can see why fans would want to get another chunky story out of the pot but this proves maybe you can have too much of a good thing. I’m not sure what I was expecting but although it is entertaining, I found it too over-blown. There are some excellent descriptive passages and interesting back stories for characters but it was a bit wham bam for me.

I did like the narrator, Daniel Pirrie, and although initially would have wanted John Barrowman to read it, I ended up being relieved he hadn’t. Pirrie is a talented reader and he gives the material a life despite the confusing flashy plot. 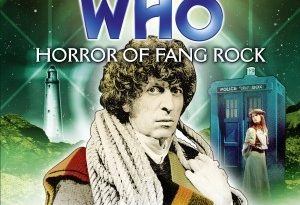 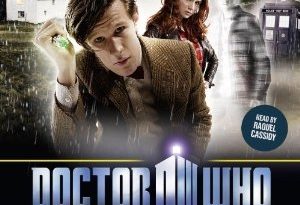 Doctor Who: The Empty House by Simon Guerrier (CD review).