Jen Gunnels at Tor in New York has acquired US rights to Andrew Bannister’s Spin Trilogy, the science fiction series of novels that opened with Creation Machine, from Helen Edwards, Rights Director of Transworld UK.

Literary agent John Jarrold sold world rights in the trilogy to Simon Taylor in 2015, and Creation Machine was published by Transworld UK in 2016.

The second book in the series, Iron Gods, was published in May 2017. Tor publication dates will be confirmed later. 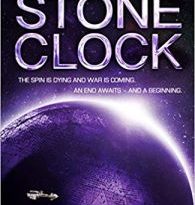