As according to the bumf supplied with the CD and blue vinyl versions of this new version of the 1966 ‘Thunderbirds’ sound music by Barry Gray, the 19 episodes represented here are not in order but more with what would make a good mix. I can live with that. The mix is actually very satisfying and also spreads bits of the Thunderbirds theme throughout the album. 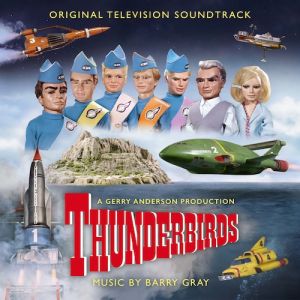 I defy anyone not to burst into a grin with the second track and the beats announcing Thunderbird 2 getting ready to release its elevator cars. The music is ingrained in my head that much.

Barry Gray’s ability to compose for the theme and setting for each episode really is second to none and although I haven’t checked I suspect the missed episodes are largely where the music was reused again so you haven’t really missed anything.

The 12 page booklet is loaded with information and photos about the CD contents. There is also a full list of musicians Barry Gray got to perform the music and it really is a large list and shows all the instruments except the banjo. I can see a game developing naming the instruments so be sure to read the booklet properly for when the lockdown ends.

If you want to break the seal in the vinyl cover, you can look at the same information and such there as well but I suspect most of you will keep that closed. The 4 sleeved discs can be slotted in without breaking the seal. 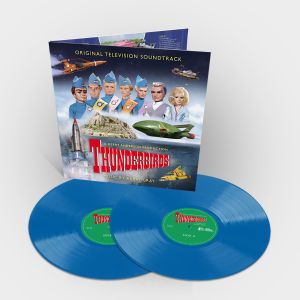 Obviously, if you’re an Anderson shows fan then you will have all the other releases from Silva Records so is there anything different with this album. From ‘Trapped In The Sky’, we have Virgil’s complete ‘Tracy Lounge Island’ piano music, from ‘Give Or Take A Million’, the instrumental ‘Christmas At Tracy Island’ and from ‘Move – And You’re Dead’, the ‘San Miguel Bridge’ guitar play. What would any TBs album be without a certain ‘Dangerous Game’ by the Cass Carnaby Five? Come to that, ‘Jeremiah’ is strictly hick and ‘San Martino’ reeks of Mexico and a bit of razzmatazz from the ‘Ned Cook Show’.

Both albums were released on 17 July 2020, and as the vinyl is also a limited edition, felt prudent to get this review out as quickly as possible so haven’t played the latter yet. At least vinyl record players are now out there for those who don’t own them which is a marked change in the past decade.

Has my enthusiasm come over enough? The album is enough to brighten anyone’s day. 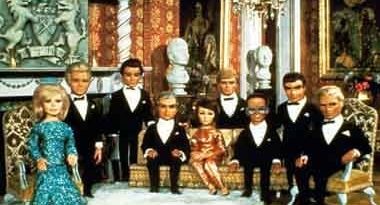 Things You Should Enforce If You Ran International Rescue. 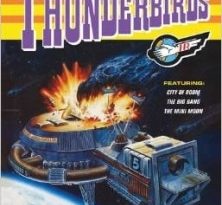 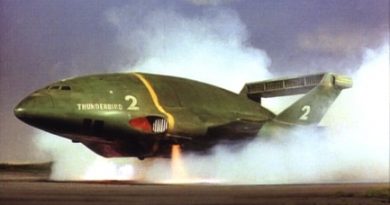 My Favourite Photograph: Thunderbird 2 Landing At London Airport – hopefully one of a series by: GF Willmetts (article)