‘Through Time’ is an examination of ‘Doctor Who’, a brief history of the show and a criticism of some, but definitely not all of its stories. It was written by Andrew Cartmel, former ‘Doctor Who’ script editor and novelist and printed in 2005. Cartmel worked on ‘Doctor Who’ from 1986 to 1989. He was charged with breathing new life into a show that was dying and matched with a producer who just wanted to get out. He had a very difficult task. However, alongside writers such as Ben Aaronovitch, Ian Briggs and Marc Platt, not to mention top performances from Sylvester McCoy and Sophie Aldred, Cartmel was able to bring a new lease of life to ‘Doctor Who’, not enough to save it but enough to contribute another successful period to a show that was over twenty-five years old.

This places Cartmel in a unique position to review ‘Doctor Who’ stories. He knows what makes them work and what works best for the audience. It also allows him to prod a few of the series’ sacred cows. He travels from ‘100,000BC’ all the way to ‘The Empty Child’, but only picks a few or one story from each Doctor. If you’re a seasoned fan like me, this can be incredibly frustrating. His Troughton selections are laudable (‘Tomb Of The Cybermen’, ‘The Mind Robber’ and ‘The War Games’), but from Hartnell’s era he picks only ‘100,000 BC’, ‘The Daleks’, ‘The Aztecs’ ‘The Dalek Invasion of Earth’, ‘The Web Planet’ and ‘The Dalek Master Plan’. Poor old Peter Davison’s selection encompass only ‘Mawdryn Undead’ and ‘The Caves Of Androzani’. The first impression when you close the book is you feel like screaming: “What about ‘Kinda’, ‘Genesis Of The Daleks’, ‘The Time Meddler’, ‘Dalek’…?!” the list of what’s missed is huge and rather unfair to a new reader.

It’s also unfair because Cartmel’s MO for the book is to play the iconoclast. It’s like he’s sat down in front of ‘City Of Death’ (rated 5th best story of all time according to ‘Doctor Who Magazine’ readers last month) and decided that, because fandom rates the story highly, he’s going to knock it down a peg or two. His method of doing this is to a) recount the plot, b) as he does this quote all the best lines and then c) tell you why it doesn’t work as a piece of television. Cartmel particularly doesn’t have time for bad special effects work or ill-fitting monster masks. There are plenty of fans I know who found Scaroth’s mask to be terrifying, including me. Cartmel’s opinion is that it’s ‘lamentable’ and ‘pitiful’ and then tell us the story is ‘dull’ and that the lead actor is on ‘autopilot’.

Consider then Cartmel’s criticism of ‘The Long Game’ (rated 205th best story of all time in the DWM poll). He believes the story to be a minor classic and describes it as a ‘strangely down-to-earth story we can all identify with’. I’d probably disagree there. I’m not sure I do identify with Adam agreeing to futuristic brain surgery as he does. Similarly, I personally think the discovery of the secrets of Floor 500 and their subsequent resolution to be a bit more ‘dull’ than an alien splintered across time and trying to steal the Mona Lisa, but that’s just me.

We therefore reach the essence of any critical appreciation of ‘Doctor Who’: personal preference. Cartmel’s observations are interesting if not convincingly argued. Some of them, such as the design of Bumblebee Man from ‘The Simpsons’ being lifted from the Menoptera in ‘The Web Planet’ are just downright bonkers. He shouldn’t be vilified for making those observations though, his arguments about thinking about ‘Doctor Who’ as a show made for a mainstream audience are strong and many of the ideas he had laid the foundations for the 2005 revival. As an ‘unauthorised’ and ‘unofficial history’ though, the book is deeply flawed. It is a highly judgemental and selective piece that ignores key moments, stories and personnel from the show.

It is also peppered with errors that a basic proof-read would have picked up. For example, we learn that the Master has got to ‘reengage’ which is nice. I like to think it was to Chancellor Flavia. There’s also a ‘Sergeant Benson’ and ‘Peter Davidson’. For a ‘Doctor Who’ book, those last two are pretty unforgivable. Hopefully, when Miwk republish the book as ‘Who As Who’ (currently listed as ‘coming soon’ on their website), they’ll pick up on these errors. Incidentally, the title change is also interesting. ‘Who As Who’ calls to mind VF Perkins’ seminal film criticism book ‘Film As Film’ in which Perkins (a former lecturer of mine) argues that you have to watch movies ‘on film’ and not, for example, on video to fully appreciate it. Does this assume that Cartmel will be criticising more stories this time from behind a sofa or to put it more accurately, one episode per week on a Saturday tea time? Probably not. At least Miwk have had the sense to drop the ‘unofficial and unauthorised history’ claptrap though (can you have something that’s ‘unofficial’ but ‘authorised’?!).

I began by enjoying Cartmel’s observations and criticisms, but after a while my frustration with the text grew at his selectivity and contrarian posturing. Avoid giving it to the novice fan, it is best enjoyed in a room with a bed, devoid of anything breakable, should you, like me, need to fling it away and go for a lie down. 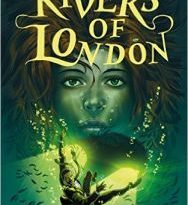