Skip to content
You are here:Home » Things you should have done if you captained the SSRN Seaview.
MEDIA TV
September 28, 2012September 28, 2012 UncleGeoff Voyage To The Bottom Of The Sea 3 min read
302.9k
SHARES
ShareTweet

You know how it is, you’re watching the ‘Voyage To The Bottom Of The Sea’ DVDs and wonder why didn’t they show more common-sense with the dangers they faced.

Although it would be a bit difficult to change a show that is some forty-five years old now, the problems indicated should be used as a template should the series be resurrected.

My thanks to Dean ‘Dino’ Giangregorio (MCPO, USCG, Ret.) for his comments on the realistic possibilities of the above although he isn’t responsible for my interpretation.

You are allowed to laugh 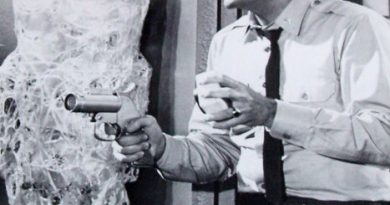 David Hedison’s final voyage … legendary Voyage To The Bottom of The Sea actor passes away.

David Hedison’s final voyage … legendary Voyage To The Bottom of The Sea actor passes away.