Gosh, has it been 20 years already? Way back in 1993, a television show that changed how we view ongoing plot-lines and scripting debuted to so-so reviews. Nearly axed in its first season, it was kept alive by a core group of fans and went to air for nine seasons, spawn a spin-off, two feature films, numerous book and graphic novels, as well as inspire countless shows after it. Of course, it’s ‘The X-Files’. Created by Chris Carter and starring David Duchovny and Gillian Anderson, this show was event television in the 90s and while it may have gone on a couple of seasons too long, the world would have been a much poorer place had it been cancelled in its infant year. Part of what made ‘The X-Files’ so unique was its iconic theme tune by Mark Snow. Simple and haunting, it has become shorthand for the mysterious and spooky and obviously receives pride of place in this celebration album.

The first five tracks on this collection are variations on the main theme and while it’s nice to hear some variation, it’s a bad start to the album. One would be enough and as a result, you have to wait till track six, ‘JJ’s Diner’ from ‘The Post-Modern Prometheus’ episode to hear something different. This track has a Tim Burton feel to it and it was a sign that the show wanted to try different things with this episode. Confident in shooting in black and white for this homage to ‘Frankenstein’, ‘The X-Files’ was able to show that it didn’t take itself too seriously without undermining the overall seriousness of the programme.

This seriousness is quite evident in track seven, ‘This Is Not Happening: Suite’ where Mulder has been returned from his supposed alien abduction and isn’t going to survive. This was a big episode, the lead actor’s boredom with the show was public knowledge and nobody was sure if he was going to return, making the tension quite high. This track is more like a cinema theme and it’s impossible not to imagine Scully rushing to try and save Mulder.

Track eight, ‘Dreamland Part 2: Suite’ is back to the fun stuff and gives Duchovny an opportunity to showcase his comedy side. This track is a quirky little number that was the hallmark of the lighter ‘The X-Files’ moments. This quirkiness is also apparent in track 10, ‘Hollywood AD: Dancing Bones’ when the show got a bit meta, leading to the best undead dancing scene since ‘Thriller’.

It all gets a little serious towards the end of the album and runs of steam a bit. There’s a track from the very last episode as well as two or three from both films, ‘Fight The Future’ and ‘I Want To Believe’, both of which were a little underwhelming, as are the tracks showcased here.

This album could have benefited from a little more planning. On going back over the 202 episodes, I spotted at least three or four pieces of music that could have fit nicely on the album rather than endless re-mixes of the theme tune. The track order is a little strange as well as the ‘Fight The Future’ track songs are towards the end of the album when the film actually took place between the show’s fifth and sixth seasons. An evolution of the show and its music would have worked better.

But more importantly than all of that, this soundtrack made me go back and research episodes of a show that I once loved and hasn’t been on the air in ten years. It made me think about episodes I really enjoyed and ones I would like to watch again. That’s worth the price of the album alone. Turn the clock back 20 years to massive mobile phones, dodgy men in suits who seemed to do nothing but plan and the greatest conspiracy show of all time with this collection. 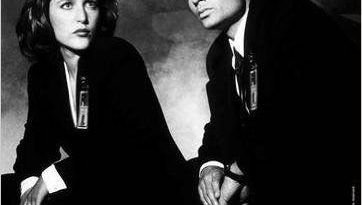 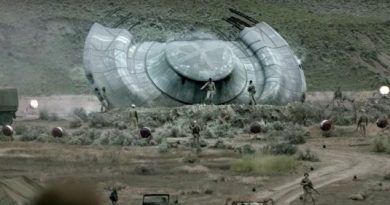