Will Hughes has fled to France in search of the Summer Country and the power to regain his mortality after centuries as a vampire. When Garet James receives a painting in the post, she is sure that it comes from Will and sets off on a trip to Paris in search of him. Encountering the myriad fae folk of France and, once again, fleeing the malevolent John Dee, Garet finds herself in a race against time to find her way into the Summer Country. Yet time might not be as fixed as she once thought… Following on from ‘Black Swan Rising’, ‘The Watchtower’ follows the continuing adventures of Garet James and Will Hughes in a world where magic abounds, if you know where to look. ‘The Watchtower’ is set mostly in a supernatural version of Paris and includes a varied assortment of entertaining creatures, from a woman who is part-fae and part-octopus to a man who has turned into a tree. Lee Carroll shows great imagination in these creatures and there are some wonderful combinations that I’d love to see illustrated.

Actually, the whole book would work pretty well as an illustrated special edition. Some of the descriptive passages are really quite nice, although it is the variety of strange human/animal hybrids that really catch the imagination. As an illustrated novel, I’d also be expecting less of the plot and for me this is where the book falls down.

There’s nothing fundamentally wrong with the plot, it is a fairly standard quest type story with a dash of time travel thrown in to add a little spice to the mixture. My problem with it is that it fails to deliver on tension or excitement and really just plods along from one situation to another. I’m not sure what it is missing, but it feels like every part of the quest is achieved too easily, without any moments of suspense and the resultant relief you’d have once characters overcome those difficulties. It’s a bit like the authors (Lee Carroll is the pseudonym of a husband and wife team) have made a list of the things they want to happen and then checked them off as they’ve been included, but haven’t given any thought to how the characters get from point A to point B.

It’s a shame really because I think this had great potential to grow into something very good, but it has fallen short. I don’t feel like the characters have developed very much and, while I did enjoy some of the descriptive text, I felt like the plot needed more variation in pace and tension to make it more engaging. Having said that, I’m still curious to see how Lee Carroll finishes off the series and a spectacular finale could make up for the disappointing parts of the first two books in the series. 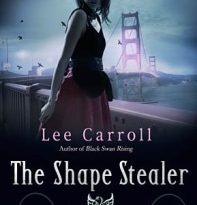 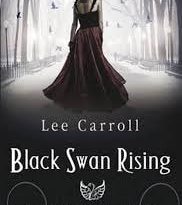