Considering how HG Wells’ novel ‘The War Of The Worlds’ has been dramatised in all mediums from radio with Orson Welles, George Pal and Steven Spielberg in films, not to mention a US TV series, author Barry Forshaw still had to do some considerable padding to fill out the pages of this BFI book. It’s not as though he didn’t mention any of the above as well as some abortive film attempts, more a case of getting carried away with other Earth invasion films, including ‘Invasion Of The Body Snatchers’. I suspect, he could line himself up to do a book on ‘Independence Day’ from what he wrote here as well. Speaking of the abortive films. I never realised that Cecil B. DeMille and Alexander Korda had been in the running at some stage. Editorially, I think I would have pressed him to write a bit more on the synopsises of the two films as well as a comparison of how things have changed with the times. After all, a common denominator with all the other media is that they have made it contemporary each time. No one has actually said, let’s do a faithful dramatisation of the time period that HG Wells wrote his book in, although I hope a channel like the BBC might consider it one day.

With the George Pal version, in the 1950s, it was deemed more suitable in having a scientist in a lead role, especially if you compare to other SF movies of the time. The everyman version that Spielberg chose to do is on the assumption that viewers would get the survival of family would be stronger than saving everyone. Personally, I think I would much rather watch the humans trying to stop the menace myself even if they fail than that.

With George Pal’s film the budget was one million dollars. A lot of money back then but when you consider the number of times his version been reshown over the years, Paramount certainly got value for money and even then, he cut corners to keep costs down. The re-imagining of the original Martian tripods to the manta-shape in the film was a good choice and really did look alien than Victorian concept but then, I doubt if Wells could have foreseen energy manipulation like that.

There’s a lot of interesting side details given. The Martian in the house was played by Charles Gemora and looking at the uncredited cast listed I spotted actors Paul Birch and Carolyn Jones, names that you should recognise.

This is one of the smallest reads in this recent six book BFI collection, only helped by not having to refer to footnotes throughout, there was some interesting information but I wished he’d stayed more focused on the films in question and dug a little deeper. 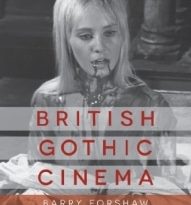