Something that is important with any book series, even short ones, is to have some sort of reminder of what happened previously, especially as the first book, ‘Final Days’, in this still unnamed new series was an odd read.

Here, with ‘The Thousand Emperors’, author Gary Gibson again focuses on Luc Gabion and his pursuit of Winchell Antonov, believed to have committed genocide and more specifically, the murder of Sevgency Vasili. I have to use the word ‘believed’ because he’s badly wounded and tells Gabion it wasn’t him but Father Chung, the head of the empire that did both it and other atrocities. They fight and Gabion himself is hurt and Antonov, before dying himself, puts an implant in the agent’s head that will get him the information he needs. The next thing Gabion knows is that he’s back on Earth and having serious body repairs. Considering that this involved muscle and skin replacement, you would have thought the medical scans would have revealed the skull implant. Gabion finds he cannot talk about it but follows its instruction after being placed back in his role as an archivist. The implant carries aspects of Antonov’ personality that provides him with the odd snippet of information of who to contact and what to look for.

After finding people he has to track down are being killed off, he runs into Zelia de Almeida, who discovers the implant and becomes his ally and helps him to get into the places he couldn’t get into otherwise. There’s also an assassin coming in from the other direction who will kill Gabion if they meet. Gabion also finds his world being turned further upside down when his friends turn against him and his enemies become his friends. Oh, ‘The Thousand Emperors’ of the title refers is just that, the titular heads of the empire even if there is only one overall boss.

A great problem with doing detective stories in Science Fiction as Isaac Asimov once pointed out is that it’s far too easy to pull out a gadget that is capable of solving the crime on the first page. Although Gibson doesn’t go that far, Gabion does have an obstacle course to overcome to pick up the clues. If anything, it’s a shame that we don’t actually see more of Gabion putting the clues together before the reveal to the other people he’s involved with. Consequently, you follow his exploits but you don’t really think out what is going on and working it out for yourself, something which detective stories can let you do.

Much of this story is just an updated futuristic detective story using futuristic technology. Although relatively easy to read, you do find yourself having to wade through detail than action to work out what is going on. It did make me wonder if Gibson was struggling to fulfil a contract compared to his earlier books. In his acknowledgements at the end of the book, he points out that this is a reworking of an even earlier story before his current successes which tends to suggest he wanted to get the idea out of his system.

As far as it goes, it can be a fairly easy read but it doesn’t stretch this reviewer as it should but only Gibson’s fans will be able to decide whether they like it or not. It works more as an adventure than a detective story. 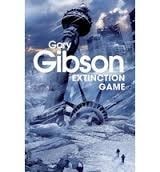 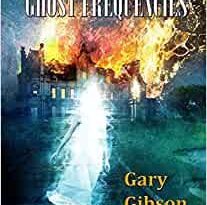