The options for moving from planet to planet are generally put down to two choices. You go yourself with all that means in preserving your life or you send something representing you. A mechanical avatar is all well and good but it is also unlikely to relay information back to the home planet and if anything goes wrong than your own species would be tarred should any other space-faring species discover you.

If you don’t send a mechanical avatar then an organic creature that could survive the rigours of space still needs to be flexible to survive in an alien environment. Adaptive cells that can absorb and imitate creatures on the local planet solves a lot of problems in terms of looking around before revealing itself. Even whoever created this creature did this with the best of intentions, it only takes a few mistakes and it becomes extremely dangerous to the local inhabitants.

If you have many threatening species on any particular planet, then the genetic coding would allow it to copy or possess all it encounters. As such, this thing can then quickly become a world-wide threat. More so as there are only rare instances when under extreme threat would it reveal its true appearance based on all the various DNA structures it has encountered. Concealed in many hosts, such a creature can wander with impunity. It really is a perfect organism and one would have to wonder which is more dangerous, the pod replicants or this thing, for the want of a better word. From this assessment, I would go for the latter as how can you beat something that will add the pod creatures to its own DNA?

This does not mean that such a species is invulnerable as it would also be subject to the extremes that are also fatal to conventional organic life. It would be susceptible to heat but with such an alien physiology can remain dormant in deep freeze conditions and revive later. With such a metabolism, it is not difficult for a creature such as that to get out of control and dominate an entire planet before moving on. After all, it’s mandate is to seek out new life. The fact that it could also construct another spaceship and leave would also mean it goes beyond the intentions of its creators no matter what their original intentions were. Such a creature would also be of danger to its original source species. It is the ultimate plague species. As long as one cell survives, it can infiltrate a host and reorganise its DNA or what constitutes its genetic code. You can never guarantee such a species is removed totally from a planet short of a nuclear explosion.

Although this creature or thing could possibly have evolved naturally, the ability to add the genetic material from other sources and ever alien species would have to have been a later manipulation. There would have to have been some assumptions made about genetic coding. Terrestrial genetic code is based on the double helix with most of it redundant, remnants of evolution. We can see early pieces of these in the evolving human foetus where evidence of gills and a tail appear briefly as it grows.

The Deoxyribonucleic Acid or DNA code itself is based on four sugars, adenine, thymine, guanine and cytosine acting in pairs and combinations. Whether such building blocks exist elsewhere in the universe or the exactly right creature would have the right genetic material to make use of it is debatable. What isn’t is the more plausible fact that there are only two elements that can provide the necessary chain structure for complex organic creatures, carbon and silicon, Even without genetic analysis, this creature has to be based off carbon. One can only presume there is a limit to the number of usable DNA sugars that can be used or at least successfully absorbed.

The genetic nature of this creature is based off recombinant DNA, the ability to combine with genetic material from other sources. We’ve started to do something similar with gene splicing in this century by inserting a particular gene of another species into human DNA for a particular ability or to remove a potential fault before it manifests in adulthood. A creature that can do such splicing itself is far more than a laboratory animal.

With the DNA structure of this creature, the removal of any redundant DNA would leave more space to store and use that from other species. The first use would be to pose as a member of the native species until threatened and then reveal all of its carried species. Indeed, unless it was deemed advantageous to keep them for further analysis, it should have shed them on each exploration. This instant transformation would not happen had it not infiltrated all the existing cells. This process can be done slow and unknown to the victim or an all out assault, both in the name of survival. After all, if it is to move on, it needs to survive. Whether this creature can shed old absorbed DNA is uncertain. One would have to determine how long the genetic strands that it carries. When you examine human DNA, there is only a small fraction in our double helix to make us. If this is also true of alien species then there is more than enough room to transport copies of various other species. The only real thing to worry about is genetic damage and longevity. With extended nub tips, an extended life-span would not be a problem. Certainly, it won’t need a female to cross-pollinate with as it carries all the genetic material itself.

The bigger question is whether the originator species designed this creature with that intention. Chances are that they were probably its first victim when their experiment went out of control. After all, if they did anything this creature determined as threatening to its life, then it would absorb or attack. A warning of not to create experiments like this to other races, assuming they can survive which seems unlikely.

With an open-ended DNA or alien equivalent genetic code, it would also have none of the failings of age. If anything, it could also find genetic code that could even extend its life even further by sheer diversity.

Make no mistake, this species is also likely to be highly intelligent, learning from experience and adjusting accordingly. Only an intelligent creature would know when to attack and wait its time.

The results of this thing’s attacks on the Norwegian Thule Base and American U.S. Base 31 in the Antarctic were ‘safer’ environments than if it had landed in a tropical climate or inhabited city. Even so, the results here alone shows we have a dangerous creature and I would hesitate in defrosting either of the two humans frozen in the American base to examine them. We have enough information from their diaries and recorded information. Either of them could be carrying the thing recombinant DNA in their bodies and might not even know it. The examination of the alien spacecraft appears to be devoid of life. However, this might well be because of the extremely low temperature and this thing is now waiting in a frozen state. Although photographs should be taken, none of its matter should be removed, lest it is carrying any cells from this thing.

It is therefore proposed with United Nations and the Atomic Energy Commission authority to detonate a single nuclear bomb of the correct magnitude to remove both bases and this thing’s spacecraft. If one cell is left alive then we risk the existence of all life on Earth being extinguished. I am aware of the potential problems with global warming but without this action we won’t have a planet left to live on. I doubt it even this thing could survive a nuclear bomb although the recommendation should be to place the entire area under quarantine even after the nuclear half-life. I doubt if even this thing’s survival mechanism could survive that.

All personal who have been to these bases should be stripped of clothing they wore there and quarantined in another Antarctic base while blood tests and teeth examinations for amalgam fillings are carried out to ensure they are not contaminated and no longer fully human. If any of them are, then no chances should be taken and they will have to be eliminated as well. 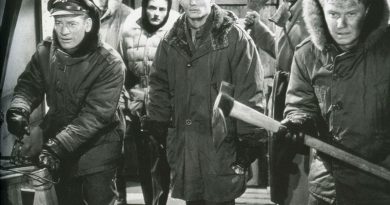 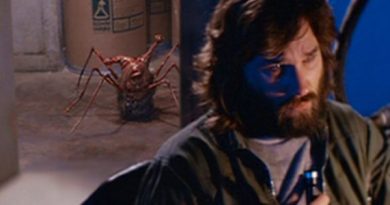 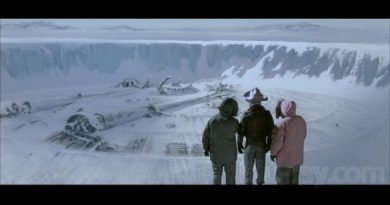