The choice of first, second or third person for the narration of story influences the way the plot can be allowed to develop. Second person narration is difficult to sustain throughout a whole novel, though it has been successfully done by Keith Roberts in ‘Molly Zero’. Third person allows the writer to visit multiple viewpoints and develop a complex plot of inter-linking strands. There is the opportunity for an overview of the society in which the story is set.

The use of first person can both limit and add dimensions to the plot. The constraints mean that only the narrator’s perspective is seen. The reader doesn’t know anything the protagonist doesn’t. It can allow for introspection and a deeper understanding of the motivations of the viewpoint character. It also allows the author to spring surprises without planting the clues that a third person narrative often has to. But any first person narrator is inherently unreliable. If they don’t understand, misunderstand or do not have the knowledge, they can skew their own perceptions as well as those of the reader. 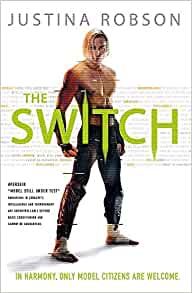 ‘The Switch’ is an excellent example of how a first person narrative can be used to good effect. Nico Perseid is a reject from the society of Harmony. The colonists expect perfection from their citizens and deviants from the expected have no place. Nico’s DNA profile shows he is gay so is placed in an orphanage at birth. He and Twostar grew up together and formed an unbreakable bond of friendship. When the opportunity arose, they escaped from the orphanage into Chaontium, the area outside of Harmony where criminals ended up. They survived on the streets, Nico, the muscle, Two the brains. Her skill was with electronics and stripping the valuable parts from machines could be sold for food. It was that skill that made her a valuable commodity for the cartels that ran Chaontium.

Both Nico and Two want to get out, preferably away from Harmony to somewhere where they can be themselves. The opportunity comes when Two meets Tashin, at which point the complexity of the plot increases. The switch of the title is off-world tek that is inserted into Nico’s brain. He is told that it will make him a better fighter. In fact, it is much more than that and allows others to communicate directly with his mind, including a ship that is lurking somewhere in the system. Two thinks it will help the revolutionaries bring down the Alchemy which is the hierarchy that is Harmony.

This is a novel which is multi-layered but because of the choice of approach means that, like Nico, much is barely touched on. Much of it is a novel about survival in a hostile environment but behind that is the perception that the ruling faction is only interested in perfection and the ideal citizen, one that has been determined by the founder of the community. It is a thriller as Nico and Two pick their way through the demands of the cartels and, later, that of the revolutionaries. It is only in the later stages of the novel that the lid of ignorance is lifted and the real situation is revealed but you will have to read the novel to discover that for yourself.

Criticisms are very minor, mainly limited to phrases that are current in our understanding but may not have the same resonance in the future created here. Otherwise, this is a pleasure to read. 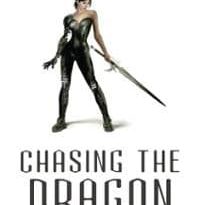