The Spider was the most popular pulp-magazine anti-hero of the 1930s and 1940s, created to match superhero the Shadow… while making all who came later pale into bit-player status: Batman, Superman, Buck Rogers, Flash Gordon, Zorro.

The Spider’s secret identity was millionaire playboy Richard Wentworth, who had served as a war hero Major in World War One and was driven insane by the trenches, only to then bring New York City to its knees with violent vigilante shenanigans that would make even the Punisher tremble and go, ‘Hang on mate, that’s a little harsh, isn’t it?’

The evil criminals usually killed thousands until each tale ended with Wentworth murdering the wicked and branding their corpses’ foreheads with his Spider logo.

So where are his modern comic-book reboots, movies, and TV series? Why isn’t The Spider the psycho vigilante we need, today? 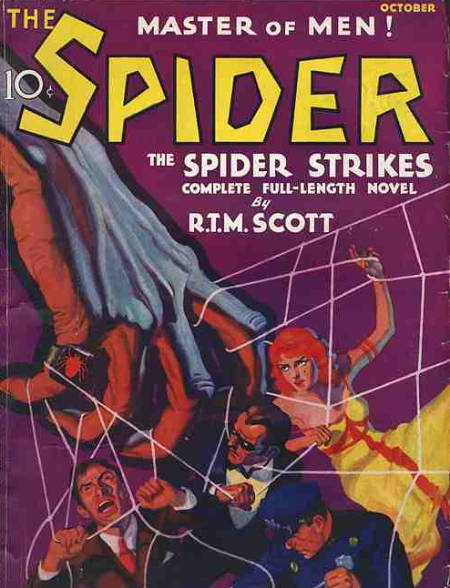 The Spider: the pulp legend everyone has forgotten (video documentary).