Being a professional writer is a precarious business. It takes months to write and polish a book but in times of economic downturn publishers have a tendency to cut their lists. A new editor might want to ‘rejuvenate’ a list and turn down the next book or they may just not like it. Where the writer normally produces standalone books as is more common in the literary market, moving on is possible but when the next book is part of a series, a new publisher might not want to take it on especially if a rival has control over earlier volumes.

This can be awkward for the author and frustrating for the reader when a story arc comes to a halt and there is little prospect of the next instalment appearing, at least for a long period. For that reason, the intelligent author will make sure that each book has finishing point, that the immediate loose ends are tied up but as life will continue for the living and occasionally dead characters, the possibility of further crises is present. It is a philosophy that Charles Stross employs. 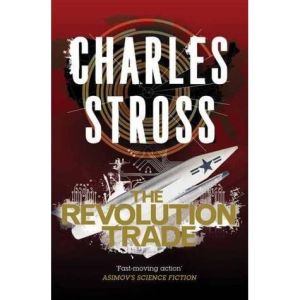 The ‘Merchant Princes’ series was conceived as six volumes that fitted together as three pairs, each pair being almost standalone. Later, they were combined as three omnibus volumes. This, ‘The Revolution Trade’ combines ‘The Revolution Business’ (2009) and ‘The Trade Of Queens’ (2010) fourth and fifth in the sequence.

Miriam Beckstein was once a journalist in the United States. By accident, she discovered that she actually belongs to a family, the Clan, of world walkers. By concentrating on a knot-like symbol, those with the talent can move into another world at an identical geographic location. The other world, though, is at a lower technological and social development stage. The other world is medieval in many of its aspects with cold draughty castles and no electricity. The ruling family, of which Miriam is a part, have used their talent to accrue wealth by smuggling drugs to the States. In an earlier novel, Miriam discovered that there was a third world with a technology level equivalent with the Industrial Revolution. She began building up a business there.

At the start of ‘The Revolution Trade’, Miriam has been forcibly impregnated to ensure the succession of the Clan’s rulers. Meanwhile, another faction has been able to spirit away some portable nuclear devices. They use one in their civil war without really knowing what the consequences will be. When the other devices are used it is in an attack on America in which the president, George Bush, is killed. The Clan doesn’t understand how the American mind works. They think the Americans will now enter into negotiations but the Americans, having become aware of the Clan, have been busy developing a way to cross over without using the talents of world walkers. They plan retaliation.

Those, like Miriam, who understand what the Americans are capable of plan to move the other way, to the industrial age of New Britain. They are in the throes of a revolution as well. In their case, it is a populist revolt, shaking off the European yoke well after it was done in our timeline.

In all three of the timelines there is revolution going on and the contact between them exacerbates the events.

Stross does not pull his punches. From the attitude produces in his fiction, not just this series, he is extremely disenchanted with various governments and their institutions. Considering how sensitive some Americans are about their politics, it is not surprising that publisher were reluctant to print these original volumes. Taken as satire they are probably better viewed from this side of the Atlantic where we can enjoy the shenanigans. 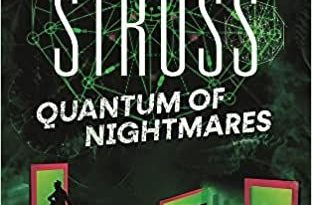 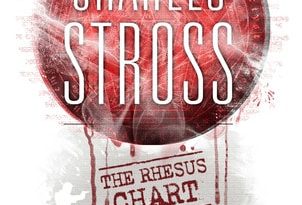 The Rhesus Chart (A Laundry Files novel) by Charles Stross. 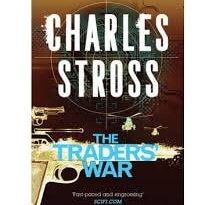