Howard Suber teaches film courses at UCLA and his students have often asked him to get his course notes released as book. Finally, ‘The Power Of Film’ is the result divided into 259 alphabetical sections. Even Suber says this book is better to browse than read through. However, as this is a review and everything has to be read, I’ll be picking out the highlights while doing so. A lot of what Suber says focuses on what makes a film great and although his examples are from America, there is also a light sprinkling of Science Fiction, especially from ‘2001: A Space Odyssey’, so he doesn’t restrict himself to the general genres. I’ll pick out things that appealed to me. With ‘Accidents’, the American way is usually not to kill off characters at the end of a film whereas we in the UK wouldn’t have any qualms about it if it served the plot. Before anyone mentions such-and-such a film does, like Suber, think these are the exceptions to the rule rather than the vast majority. Under ‘Endings, Happy’, Suber does point out a long list of famous American films that didn’t end that way but I wonder how much arguing there was between director and studio to go for that option.

Under ‘Allies’, the lead characters are strengthened by those they relate to, whether supporting cast or enemies which is always good to remember. ‘Anti-Heroes’ simply don’t want to do anything heroic until they are forced to. Examine the ‘attitude’ of your characters as a means to get a grip with their personality.

It’s interesting that Sober gives Joseph Campbell a kick by saying the ‘Call To Adventure’ is really a juvenile plot. I’d have loved to have seen his classes’ reaction to that revelation, especially the ‘Star Wars’ fans. In many respects, he’s right and I think this plot has been over-used over the years simply because people don’t look beyond Campbell for space opera.

Suber’s look at ‘Conflict, Single’ which is an examination of the entire plot of the story than that of an individual person when applied ensures the reader is aware of what is going to be resolved within the story. The same could be compared to the ‘Crisis Point’ when the lead character decides something has to be done. This also relates to ‘Defiance’ because often as not, he or she has to defy their superiors to get the job done.

For those who are not sure how to set ‘Dialogue’, Suber’s well made point that story-wise, it will never match real life because it people would be hard pushed to follow all the interruptions. Likewise, with ‘Discovery’, it is to let the viewer find things and not shove their faces into information.

I did like his comparison between Kubrick and Lucas under ‘Fiction’ where the latter had no regard to science when it came to space battles. Saying that, Lucas was hardly the first to do noisy space battles although there is a good argument for some aspiring director to avoid using plane fights as the template. Under ‘Give ‘Em What They Want’, Suber points out that directors should give them more than they bargained for. I’m not sure if he can count though as he thinks Luke Skywalker was in all six ‘Star Wars’ films so far.

The description of ‘Heroes’ being outsiders compared to villains should make you think, especially as they aren’t needed after the crisis has been resolved and walk off into the sunset. No wonder it worked so well in westerns. I’m less sure about Suber’s comments about ‘Heroines’ because there are several significant characters in the films he sites. I mean, he totally ignores Ellen Ripley, Rose Sayer (‘The African Queen’ film if you didn’t know) and Leia Organa. I often wonder when the hero grabs the heroine’s hand when running is more to do with ensuring he doesn’t flee from the scene too quickly when fleeing and leaving her behind. Likewise, with ‘Horror Films’, he focuses on monsters as opposed to psychological horror which can often be far scarier. At least with physical monsters, you know when to duck.

The comparison to why we like some ‘Villains’ better than heroes is also illuminating because they are coloured better. I do tend to think that sometimes the viewer/reader wishes they could be that amoral or self-serving and treat this as a catharsis to relieve some feelings. If your heroes look too pure, give them some anti-hero issues to make them flawed.

‘Intentionality’ is pretty much the smoking gun. If something is there, then its there for a purpose in a film. The same applies in prose, too, because why else spend time over detailing something otherwise if it isn’t going to be crucial later? Something I hadn’t realised before was the number of times that ‘Loss’ affects various characters across films that it pays to pay as much time with it in prose fiction. Something else that comes from films that can’t come across into prose is the expected ‘Persona’ of selected actors that gives an instant recognition for particular types of characters and saves pages of script. Something that differentiates UK from American films is that we’re prepared to have characters drop the correct principles and do something bad at the end if we have to.

Under ‘Reality, Fallacy’, I loved the detail he revealed from ‘Casablanca’ that I hadn’t picked up on and a little nudge to remind me to watch it again sometime. His analysis under ‘Repetition’ as to why we like seeing some films time and again is based on pleasurable feelings we get from them. Saying that, why does that include so many violent films but thinking about that, maybe it’s the triumph at the end that is the great turn-on.

A lesson for all you budding writers is in ‘Structure’. Having a solid plot ensures confidence from the viewer/reader that you know what you’re doing. This connects to ‘True Stories’ that aren’t because dramatisation is used to condense into drama. When it comes to ‘Television Vs. Film’, I’m not totally sure if I agree with Suber’s assertion that there’s no ‘call to adventure’ as in many pilots, there is that form of recruitment before getting down to adventuring in the series. If anything, the lack of character development, as opposed to back history referenced to show how they got there, was originally done to ensure the stories could be shown out of sequence.

Something I hadn’t realised before that although ‘Tragedy’ is allowed in the USA, as a word it is banned from use. One of those little foibles that tends to escape the Constitution for free speech as it’s done in all but name. I can’t help feel that in this day and age, perhaps a bit more liberty would help with such words. On the other hand, with ‘Irony’, he can’t tell the difference between that and double meaning which might explain why the Americans in Hollywood can’t neither.

Finally, with ‘Writing What You Know’, Suber says this is less to do with personal experience and more to do what knowledge you have. He quite wisely points out that this is true with SF writers who start from scratch in the future.

Towards the end of the book, it was becoming obvious which were Suber’s favourite films or rather the ones he was most familiar with. As a flaw, although I can understand putting the chapter headings on the margin for a quick flick through, it does squeeze the text into the fold of the book a little too much although not to the point of being unreadable.

As you can tell from above, I’ve certainly picked up a few things that I either agree with or think could have had some more depth. There’s certainly a lot of things that any of you with the writing habit will find useful to add to or think over for your repertoire which is always a good sign. The fact that it re-enforces that prose writers can learn from scriptwriters also makes me wonder if the reverse will also be true. But then, to do that, they’d have to pick up similar books that target prose writers. Read and digest and I hope you’ve see a good percentage of the films he cites. 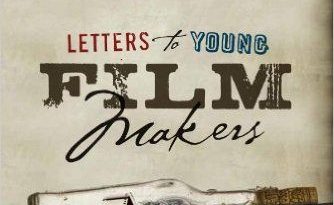 One thought on “The Power Of Film by Howard Suber (book review).”