‘The October Man’ is a spin-off novella from the ‘Rivers Of London’ series and is set in Germany. Our young cop wizard is called Tobias Winter. You can’t help thinking that name will have some significance further down the line. His background is similar to Peter Grant but, as we learn, there does not seem to be any international cooperation regarding the use and dangers of magic in mainland Europe. 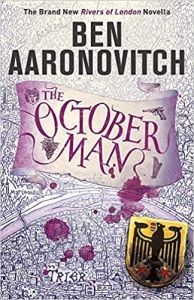 Tobias Winter is part of the Abteilung KDA. That’s German for Ministry of Magic. He’s a policeman because his father was learning magic was an unexpected career move. Still, he gets to travel around Germany so that’s a plus.

Tobias is called back from leave to a case in Trier, ‘a suspicious death with unusual biological characteristics’, and so it begins. The investigation takes him to a vineyard where the shocking reason for the death leads into further elements that we have grown familiar with over the course of Peter Grant’s adventures.

As ever with these novels, the dialogue and plot are hugely enjoyable. There are some good jokes and a bit of added mythology for your scrapbook. The plot is clever with lots of research but avoids the Dan Brown exposition by making the dialogue push it forward and necessary descriptions don’t clog the momentum.

Much is made of the impossibility of contacting the Folly so I’m looking forward to a crossover case very soon. This is, of course, perfect for a German TV adaptation of the ‘Rivers’ series, I’m sure somebody’s thought of that. Maybe Iceland next, the elves would be interested.

The back cover of this novella seems to give away most of the plot but I try not to read those so I enjoyed its unravelling. This is short at 177 pages and those that like at least 500 will rage against the price per page. I’d like to say join a library but you’ll have to find one that’s still open. 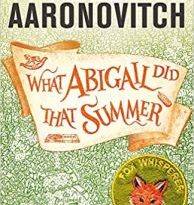 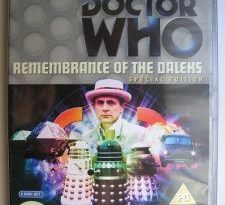 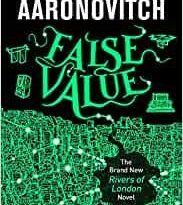