Crikey, reading this you get a heavyweight punch right between the eyes as soon as you step into the pages. It’s a collection of thirteen stories with some original material dating from 2007 onwards, giving a flavour of what this author has done in the past and what he might give us in the future. There is a taste of Cthulhu Mythos, for which he is well known, plus some dark and weird fiction which turns the universe inside out and upside down. I warn you, read this at your peril. You wouldn’t want to end up in some of the places he describes. Normally, at the finish, you end up in hell if you’ve been a bad boy, but here you start off in hell as a victim of almost endless torture. Reborn, if that’s the correct word, a guy called Adamson then becomes the assassin of The Overlord. Adamson had to pay for his crimes but would he receive redemption? Then again, if there was a loud noise in your hotel apartment in the middle of the night and a demon arrived asking for your help, what would you do? This was the question in the Nightmare Dimension. Incidentally, the demon had cronies which included a couple of sisters, one composed of ice and the other of cinders. You’ve probably caught my drift as to the proceedings by now!

We will encounter lots of weird creatures, including a cactus man and another man for whom gravity is reversed. One thing certain, after reading this book is that you’ll never feel safe in a hotel room ever again. You will also be taken to ancient Egypt and darkest Africa where reality is suspended. However, proceed further at a modest charge and read for yourself. The fiction is very well written, enticing and captivating but, at the end of it, you will be looking over your shoulder. Late-night reading? Well, you could be taking a risk! The question is, do you dare to read this book? It’s powerful stuff! 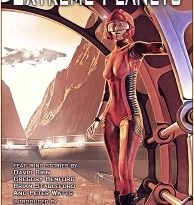 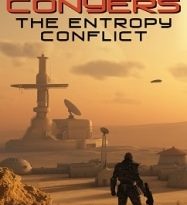 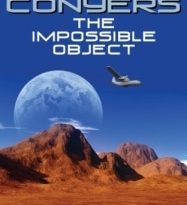