As I don’t watch the digital pay channels, bear in mind I have nothing to compare ‘The Midwich Cuckoos’ to other Sky Channel productions in terms of cast selection, costs and production time. 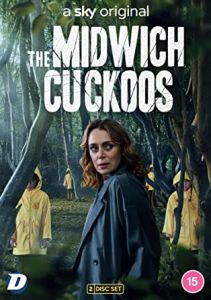 The plot of John Wyndham’s book, ‘The Midwich Cuckoos’, is pretty straightforward. Villagers comatose for several hours, the fertile women wake up pregnant and have pathogenesis births to children with psionic powers and the humans realise they are too powerful and want to stop them. The plot should be transposable to any era. The 1963‘Village Of The Damned’ film did well and generated a 1964 sequel, ‘Children Of The Damned’, the 1995 American version less memorable because it follows the first film too closely.

The latest TV version, ‘The Midwich Cuckoos’, has now been given a modern vibe. The major difference is Midwich has 11,000 inhabitants which means several thousand children not the dozen or so in the original. We see, at most, about 15. So what happened to the rest of the pregnant women? Come to that, where was the rest of the town population later? They couldn’t have all be evacuated. Villages can come in smaller sizes and even a hamlet would have made better sense with fewer people than leave such a big question mark.

More so as the episodes are spread over a 5 year period and the children are only in 5 episodes. Then again, child working laws restricts the hours they can work but they are often more effective than the adult actors. Forgive me for not mentioning names as none of them, for any of the cast really sink in.

Looking normal with only their eyes taking a glow than following the original films blond look is forgiving but makes them look too ordinary. It depends far more on other things, like style of walking, to make them standout and they don’t really work against other children of their own age. Even when there are other children in some of their families, there is more compassion than you would expect. Seeing how these children reacted to the torments by children of their own age proved effective in the original film and totally neglected here. Yes, they are isolated from an early age and the reason is there, albeit spoiler, but reeks of missed opportunity if they were to be assimilated into society.

The first episode is supposed to establish the various characters before they went comatose for 12 hours on 6th May. It’s more like a whizz around various characters with a little more emphasis on Dr. Susannah Zellaby (actress Keeley Hawes and named after Gordon Zellaby, as played by George Sanders in the original film), whom you aren’t really sure will get back in time to detective Paul Haynes (actor Max Beesley).

Thing is its so drawn out that watching paint dry is more interesting. Considering how many collapse outside and the twelve hours also included the night, you have to wonder why those outside didn’t get exposure. If they got rid of all those pregnant (sic) musical moments with pensive characters, we might have lost an couple episodes, but a tighter plot. That isn’t so fair after seeing the rest of the episodes, as they don’t do that but it will leave a bad impression on viewers who won’t watch until the end. When you consider that the second episode just covers the pregnancies, those who try to abort and fail, then it becomes pretty obvious that the episode divides are based on events than the plot as a whole.

Again, there is a jump of 3 years, this time to show them as growing children, far more advanced than their age and still only 15 of them. Although it was hard to count them as a group, some sheets in the lab made it easier to count them. Again, you do have to wonder if all the women of Midwich were made pregnant where are the rest? The scientists test them and find they have share a group or hive mind and what one sees, the others do as well. They can also compel their parents to do what they want. Seems quite ordinary for me. Normal children do that all the time.

Without going too spoiler, Midwich isn’t the first time this has happened nor who is watching over them to protect their interests although Wyndham never did that in the book. That’s a spoiler but was easy to spot.

So, as I can’t disclose too much of the plot without going too spoiler it does follow a lot of the aspects of the Wyndham plot until you look at the details. The children, even at 5 years old, grow faster and maturing fast, do seem to have erratic psionic abilities, demonstrating abilities when they need to use them. They are capable of reading minds as well as controlling them and should have made controlling humans a walkover. None of the humans demonstrate the ability to shield their minds from being controlled. It isn’t as though there isn’t an adult there with similar abilities who doesn’t even use them. Even the odd dissent amongst the children is ignored until nearly the end when they would have been able to spot it very easily. In many respects, the plot should have been gone over a few more times to refine it and strengthen the roles of other characters. It also has a common failing of not establishing characters strongly enough so you can identify people by name and not by what they do.

So not to be overtly-critical without balancing the books. After the first episode, there’s a lot going on, even the more inexplicable and illogical things, to keep you watching to know what happens next. It does show a dividing line between Wyndham’s 1957 novel and original film and modern day sensibilities. Society has moved on a lot since that time. It might have made more sense to pay more attention to the 1964 film and keeping the children separate from the start before their abilities grew.

I know I am continually referring to the 1963 film but that is the standard and this series is still not as good as it with too many things that should have been covered better.

Objectively, Wyndham’s had only two of his books done as films and TV series. You would think by now that producers would be looking at his other books for potential material. ‘The Chrysalids’ was used as a radio play on ‘Women’s Hour’ back in the late 1960s as I listened religiously to it when I was seriously ill back then although it took a while to track down what I was listening to as I was continually missing the opening minutes. It would also work well in film or TV series.

cast: Keeley Hawes, Max Beesley, Samuel West and many others 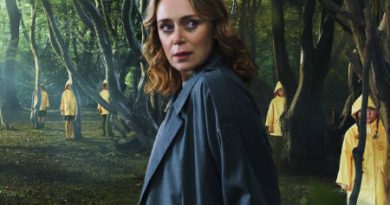