It’s time for the trailer for season 3 of the live action Star Wars TV series that is… The Mandalorian.

The Mandalorian, the hit television series from Disney+, has captivated audiences with its unique blend of science fiction and western genres. However, many fans have also noted the strong similarities between the show and the iconic Japanese manga series, Lone Wolf and Cub.

Both series also feature a strong sense of honor and loyalty, as well as intense action scenes. The Mandalorian, like a classic western, often involves shootouts and hand-to-hand combat, while Lone Wolf and Cub is known for its brutal sword fights.

Here’s the recap. In season 2 of the hit series ‘The Mandalorian’, our favorite bounty hunter set out on a mission to return his adorable charge, the child, to its people, the Jedi. Along the way, he encountered some wild and wacky characters, including a marshal who stole Mandalorian armor from Jawas, a frog lady with fragile eggs, and a group of rogue Mandalorians led by Bo-Katan Kryze.

He also faced some hair-raising challenges, including a giant krayt dragon, a swarm of spider creatures, and an Imperial freighter that crashed.

But, through it all, he had the help of his trusty allies, Cara Dune and Greef Karga, and ultimately, he was directed to the Jedi Ahsoka Tano. Will he finally be able to complete his mission and return the child to the Jedi, now that Luke has chucked the ungrateful green sprog out, and back into the care of Mandy? Or is he a Yoda Daddy for the rest of time?

Tune in season three to find out!

The Mandalorian: new second season trailer… is this the way? 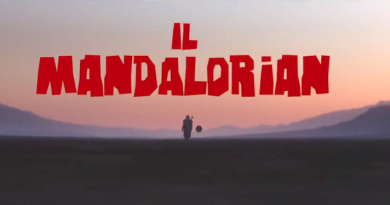 The Mandalorian (TV series review: by the Critical Drinker).