‘The Long Earth’ is the first collaboration between Terry Pratchett and Stephen Baxter, a novel about an invention which changes the world and a journey of discovery. The invention is called a stepper and allows the person who puts it together to step from one Earth to the next one in a long line of alternate Earths. Part of the novel deals with the consequences which the discovery of stepping has on Datum Earth, the only Earth in the Long Earth universe which seems to be home to humans. The other part of ‘The Long Earth’ is about the journey of the two main protagonists, Joshua and Lobsang, who claims to be a re-born Tibetan, reincarnated in an AI. He employs Joshua, who is one of the few people who can step without the aid of a stepper, to explore the Long Earth with him and step as far as possible to see what is out there. The journey is the story at the heart of ‘The Long Earth’ which alternates with chapters showing events back home on the Datum or on alternate Earths near it as humanity begins to settle the expanse of the Long Earth. These chapters only sometimes have a direct influence or connection to the journey storyline while showcasing aspects staying hidden to the main protagonists on their journey far away from the rest of humanity. This widens the picture and allows the authors to include many ideas concerning the consequences of stepping.

‘The Long Earth’ reads a bit like the pilot episode of a TV series. It shows at least some of the things the reader can expect to read about in future instalments. The blurb inside the front cover calls it the ‘first novel in an exciting new collaboration’. In my opinion it works well. The journey storyline is fun to read, the characters in it are interesting and the interwoven chapters distract not too much from it.

The authors, both masters of storytelling in their own right, work very well together. So well indeed that I, for one, am unable to distinguish between their voices (apart from Lobsang being the most pratchettian of all the characters in the novel, but maybe that is just the name). I recommend ‘The Long Earth’ for readers interested in a multiverse-concept with many possibilities. It is a good start for this new series and, personally, I am really looking forward to the next instalments. 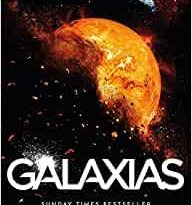 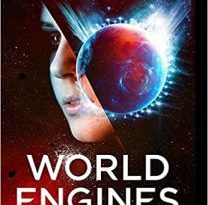 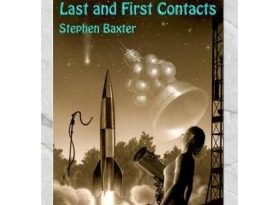