The protagonist describes her life at the three most pivotal points in her life. Starting with when her mother left her family at age ten, her return home after her divorce at twenty-five and then the last days of her father’s life at thirty-nine. After each event she sees a dark and fearsome creature that appears outside her home.

The protagonist’s father is diagnosed with cancer six months before the start of the novel and is cared for solely by her, with the help of support nurses till the end. She has four other siblings, the eldest being Paul, followed by Penny, her and then the twins, Simon and Davey. They only call her ‘Sis’. Each child is damaged in their own way and have drifted apart from each until now. The protagonist is the only one strong and stable enough to care for their father and, while she loves her siblings, she can’t help but resent them and herself for their weaknesses. Of all of them, she is the closest to her father.

Her elder siblings are far closer to each other in age than to her and form a close bond and the twins their own, leaving her, the lonely middle child. We can see how flawed each member is and how and what they do to cope with the world. We can her pain and grief at her fathers imminent death and we see her struggling with it alone, till her siblings leave and the creature returns.

‘The Language Of Dying’ is not a long book. It is filled with too much of the protagonist’s raw pain and quiet despair. While it is clear the creature is a manifestation of her emotions, the effect it has on her at each pivotal moment is up to the reader to decide. Sarah Pinborough has created real and flawed characters that you feel both worry and sympathy for as they try in different ways, to cope with losing their father. 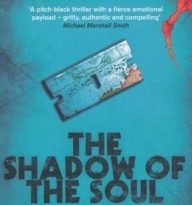 The Shadow Of The Soul (The Dog-Faced Gods book 2 of 3) by Sarah Pinborough (book review). 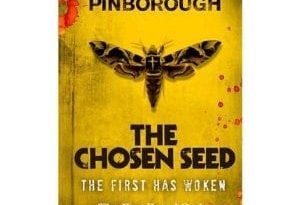 The Chosen Seed (The Dog-Faced Gods book 3 of 3) by Sarah Pinborough (book review).

The Shadow Of The Soul (The Dog-Faced Gods book 2 of 3) by Sarah Pinborough (book review).

The Chosen Seed (The Dog-Faced Gods book 3 of 3) by Sarah Pinborough (book review).