For over 40 years, Jerry Goldsmith was movie soundtracks. Such respect he had earned among his peers was that even the great Henri Mancini said that Goldsmith had instilled two things into his contemporaries, ‘He keeps us honest. And he scares the hell out of us.’

With the ability to score for tense political dramas such as ‘Seven Days In May’ to all-out Science Fiction action like ‘Judge Dredd’, without resorting to clichés, Goldsmith was an all-rounder in his field.

For those of you who may doubt his genre credentials, he has been associated with the ‘Star Trek’ movie franchise from its beginnings in 1979 all the way to ‘Nemesis’ in 2002. You really have to really have to feel sorry for Michael Giacchino who composed the bulk of the 2009 reboot. Some rather large shoes to fill there. As well as Trek, he also worked on classics such as ‘Planet Of The Apes’ and ‘Logan’s Run’.

He rarely stopped working, scoring for the biggest directors in the business and finally winding up his career with the soundtrack for ‘Looney Tunes: Back In Action’ shortly before his death in 2004.

To pick just twenty-three tracks to sum up a career spanning this long and so prolific is nigh on impossible. Instead, it shows the range and versatility of the composer with selected tracks that are often overlooked or rarely played. From the ‘Judge Dredd’ opening which starts the collection with a bang to the various ending tracks of Noir classics like ‘Chinatown’ and ‘The Detective’ which make you want to buy a hat suitable enough to doff at a dame.

The collection has three of Goldsmith’s western pieces, ‘Rio Lobo’, ‘Rio Conchos’ and ‘Toccata For Solo Guitar’. Forming a moody interlude between the futuristic visions and taut political machinations that Goldsmith manages to convey in his work, the three tracks instantly transport you to the old west without being cheesy or stereotypical. I almost had to empty my boots of sand while listening to these.

Completing the spectrum of genres were tracks for ‘Patch Of Blue’ which summed up a doomed romance beautifully and ‘The Sand Pebbles’ which provided a welcome break from the hell that is war.

His score for 90s horror film ‘Warlock’ was pitch perfect, summing up the man out of time aspect of the plot with some then-modern twists that captured the zeitgeist of the era perfectly.

This small snippet of Goldsmith’s work is a worthy purchase. It will stun you when you see the variety of the composer’s career. But more than that, it’s filled with beautiful scores that will make you want to see each film again with a new appreciation. If that isn’t the mark of a good soundtrack, I don’t know what is. 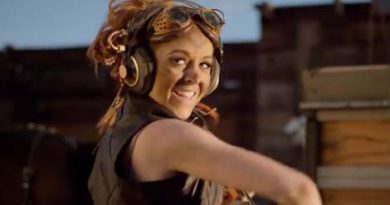 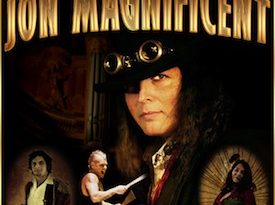