Throughout time and around the world, the human race has found ways of explaining those things they don’t understand. In Europe, many inexplicable events were laid at the doors of the fae, the kind folk, the gentle ones or the hidden people. Anyone who was slightly different and didn’t fit in to what was considered the norm for the community could be accused of witchcraft or being in league with either the devil or fairies. These latter were not necessarily nice to know.

As society and scientific understanding developed, logical reasons for what had seemed inexplicable began to supress and surpass beliefs that became regarded as superstitious, especially by God-fearing Christians. While cities and towns tended to accept the new science, there were pockets of superstition in isolated village communities. 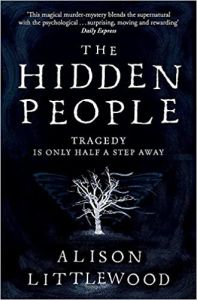 Alison Littlewood’s novel, ‘The Hidden People’, is set in Victorian Britain. It opens in 1851, when Albie Mirralls meets his Yorkshire cousin, Lizzie, at the Great Exhibition. He was enchanted by her, especially her voice. He doesn’t see her again for another eleven years but, by that time, she is dead. In the meantime, Albie has married Helena and is working in his father’s business in London. Lizzie has married a cobbler in the village of Halfoak. Albie learns that her husband is accused of murdering her. It is his memories of Lizzie that send Albie rushing off to Yorkshire to find the truth of Lizzie’s death and arrange her funeral.

Halfoak is an isolated village to which the railways have yet to reach. Taking lodgings in the only inn and after viewing the body, Albie learns that Lizzie’s husband, Jem Higgs, claims that Lizzie was a changeling and he was using fire to drive the changeling away so that the Hidden People would have to give back his real wife. A sensible man would have gone back to London after the funeral but Albie is haunted by the distant memories he had of his cousin and wants to unravel the truth behind the superstitions that led to Jem killing his wife. He is disconcerted by his own wife, Helena, suddenly turning up without warning.

Despite being told that the cottage where Lizzie and her husband lived, Albie and Helena moved in. It was nestled against Pudding Pye Hill, an ancient barrow beneath which, the local people told him, the Hidden People lived in perpetual summer. Albie is a modern Victorian, believing in the logic of science and having no truck with superstitious nonsense. Gradually, he unravels some of the truth behind the events that led to Lizzie’s death but, along the way, he makes assumptions that are not necessarily true.

Littlewood is a fine writer and has a confidence in her material that pulls the reader along with the narrative and the characters. This is also the kind of book that, when all the information is gathered and the reader and narrator believe that they know the truth leaves an element of doubt. The Hidden People never make an appearance but that doesn’t mean that they don’t exist. The villages of Halfoak believe that they do and this influences their actions. You cross the Hidden People at your peril. 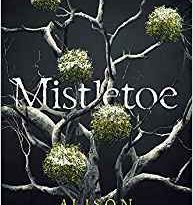