The long-awaited return of PC Peter Grant in ‘The Hanging Tree’ sees him back in the thick of the magical action. Grounded in the real world of London, this police procedural with a difference concerns the work of the Folly and its boss, Thomas Nightingale, one of the last wizards in England who has taken on Peter as his apprentice. Bring your own broom. This time Peter is back in the smoke after his not so rural idyll in Herefordshire in ‘Foxglove Summer’ and he’s had a special request from Lady Tyburn to try to keep her daughter out of a murder investigation. It’s hard to say no to a river goddess.

Its seems Miss Ty is deeply involved with the untimely death of Christina Chorley, after a drugs party gone wrong in a very high-class apartment. Peter attempts to find out who is responsible because, of course, there is magic involved here. His college, DC Guleed, is with him every step of the way, even though she has no magical training, but good old-fashioned police work goes a long way. Along that way, we observe a lot of relationships in the interview room with spot on embarrassing dads and overprotective mothers.

Peter is involved with a river goddess, Beverly Brook, a younger daughter of Mama Thames. He’s used to her early morning swims, as she’s just checking everything is running smoothly. He’s still reeling from the betrayal of colleague, Lesley, who has aligned herself with the Faceless Man. He’s also still recovering from his various encounters with this malevolent spirit of London, as embodied in the character of Mr. Punch. He must deal with many more points of conflict in this story, continuing to learn his craft and mostly avoid blowing his phone’s battery with magic emissions. As he crosses and criss-crosses gods, fae and humans, he must keep his wits and his wizardry about him. This story introduces some intriguing new characters and it will be interesting to see if their become part of the ongoing series.

Once again, the adventures of Peter Grant is equal parts action and intrigue, both gory and gratifying with some stand out moments of drama and amusing dialogue all the way through. 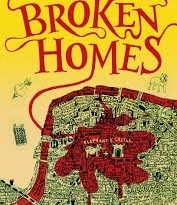 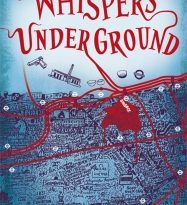