‘The Great Bazaar And Other Stories’ is a pocket-sized addition to Peter V. Brett’s ‘Demon Cycle’ series of books. Fitting in between books 1 and 2, we’re presented with a few extra stories and further details to fill in a few gaps that have occurred along the way. The titular novella, which occupies a little over half of the whole book, tells the story of how Arlen came into possession of a map to lead him to the lost city of Anoch Sun, a place he hopes to find lost wards to aid in the battle against the demons that plague his world at night. As he bargains with the khaffit, Abban, visiting abandoned villages to bring back precious goods for sale, Arlen wonders if one day he’ll bite off more than he can chew. Encountering new demon types and still haunted by One-Arm, the giant rock demon he injured years ago, Arlen continues to seek out lost knowledge in the hope that one day his world might again be free of the demon infestation that claims so many lives.

It’s a nice little story that fits in well as a filler between novels and expands more on a period of time in Arlen’s life that is only touched upon briefly in the main books. There’s also a nice little insight into his friendship with Abban and the way that they both use each other for their own ends.

Added to this story are a couple of brief pieces that Brett calls ‘deleted scenes’ and that’s an appropriate description for them. They’re short snippets that do work as standalone stories if you’re familiar with the ‘Demon Cycle’ but, while might be lacking in context if you don’t yet know the series, its setting and its characters. What I found almost more interesting than the stories themselves were the explanations of why they were cut and how they would have fitted in to the books. It gave a nice little insight into the editorial process and the difficulties of letting go of pieces of work that you love, but that don’t necessarily help your story.

Finally, we get a short ‘Ward Grimoire’ to round off the collection. Again, this is quite interesting and could prove a useful resource for those fans looking for ‘Demon Cycle’ art or tattoo inspiration. It gives pictures of the different wards and some information about the different demons that they might be used against. This one is definitely a section that’s just for the fans, though, it’s an encyclopaedia article rather than a piece of fiction and I don’t think you’d get a lot out of it without having a familiarity with the series.

All in all, it’s a nice little book and I enjoyed filling in some of the gaps. However, this special edition is priced at $20 and to me that feels like quite a big price tag for a very small book, although it is still available on the Subterranean Press website. I’d probably recommend it to the collectors, because it is a nice thing to have, but suggest visiting a library or buying the combined version of this and ‘Brayan’s Gold’ if you just want to read the stories. 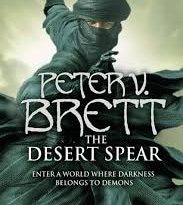 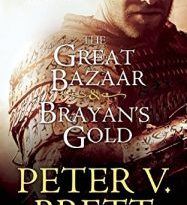 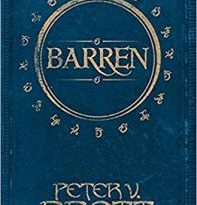