Very, very occasionally, I will look at a book with a massive page count and wonder at either the subject matter or how long it will take to read and digest. I’ve read longer books but the implication here is religion from the title of Howard Bloom’s book, ‘The God Problem: How A Godless Cosmos Creates’, now in its second edition. It isn’t about religion by the way but more about how the universe is shaped by a few axioms. More so, I have to decide to recommend a book of this size as to its validity because I suspect the same thoughts will be going through your head, too. Actually, the true page length is 564 pages, much of the rest are notes and most of these are references to other books. If they were all additional comments, even I would find that daunting having to zigzag through them both. The thing about this book is that Bloom writes in a cajoling way that you can’t help but read on from everything he says. The main theme of this book is metaphysics and the proof that there is no deity involved in the creation of the universe and how long it took Man to put aside such things with proof that it wasn’t. As those of you who’ve read my reviews over the years knows, this is a subject that comes up from time to time and I had two books of a similar nature in February, when this book was released, and wanted to leave a gap between them.

Interestingly, Bloom doesn’t use the same reference starting points. After all, you really don’t need to ponder on two of them and useful fodder to address to anyone coming to your door advocating their religion. The first, ‘Who was God’s father?’ After all, he had to come from somewhere. The second, the shenanigans of God and his Accuser (I wonder who gave birth to him, too, come to that) that faith could beat everything. With this one, God picks on and decimates the human Job, making him poor and killing his family to prove a point that even in despair, this man would still rely on the almighty to put things right. If ever there was a need to show that God wasn’t a nice deity, this one really should go to the top of your list for nastiness and a test of blind faith. ‘Blind’ being the operative word because God makes everything all right for Job at the end but not for his family whom he killed. It appears God isn’t good at resurrection, too, come to that.

Don’t underestimate this book. It is designed to make you think and question what you think is true or not and then throws proof that things aren’t quite what you think they are. Given the time, I’m sure Bloom could convince you black isn’t necessarily black.

There are some things I didn’t know. I mean, did you know the horror film ‘Dead Of Night’ (1945) had an influence on Fred Hoyle on the way things could be cyclic?

Bloom switches back to the history of science and nascent maths with a look at the Babylonians, There’s an interesting comparison as to how the Babylonians came up with a practical version measuring triangles before Pythagoras, whose theorem sorted out the maths. Archimedes appears to be both a child prodigy and self-publicist but set the road for his students, who weren’t allowed to speak for the first five years, that followed him.

Bloom works his way through the various scientists using more grounded language than usual with history books and although you get the gist of the sciences without the maths. About the only surprise is Giuseppe Peano and his five axioms related to the use of zero. These are actually very logical if you think about them, just that I doubt if anyone else would have thought to write them down.

It’s when Bloom gets more modern day and our last century that various dots and dashes are connected, helped along by computers. As he points out, the calculations that the smartest geniuses took years over could now be done in many variations in a matter of seconds and then turned into graphics to look for trends. Certainly, the likes of Benoĩt Mandelbrot would never have been able to put things together without them to make the repetitive patterns he came up with without them.

The final chapter is probably the most heavy thinking you will have to do but Bloom keeping to his lighter tone throughout leaves you to ponder the implications and any assumptions you might have. I still think his example of A doesn’t equal A a bit odd with his choice of hydrogen and oxygen making water, as it has and always will be a ratio of 2 to 1 and a spark to combine the two. Certainly, on several occasions, he hits on something I picked up on from ‘General Semantics’ and that is never assume anything and look for multiple answers than just two.

You will come away from this book knowing that the universe is more of a mindless reality that is ruled by science laws out of its or any deity’s control. However, these are what makes it work and it’s more a case that we are studying the mechanism and seek understanding to how it functions. The fact that we haven’t found everything yet is what will keep our attention for time to come. We like problems and I suspect you will also come away from this book with a lot more to ponder on than when you started and will no doubt read again at a later date. 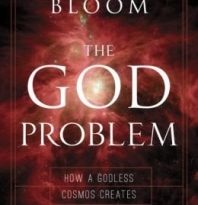