You are thrown into M.R. Carey’s novel, ‘The Girl With All The Gifts’ reality without knowing quite what is going on and I’m not sure quite what to say here without going spoiler. Firstly, the title is a misnomer as it refers to the fable Pandora, who isn’t in the book. It’s more about Melanie and whose classmates, well, the ones who aren’t taken away for dissection. They attend school class tied down to their chairs to prevent a more cannibalistic attack on the few humans, military, teachers and scientists around them. These are hungaries. Affected by a fungus but this particular class, because of their age or other factors, have retained their intelligence and Melanie is the smartest and the next to go under the knife. However, before it happens, her teacher, Helen Justineau, comes to the rescue just as the hungaries are led in attack by Junkers, people who are exploiting the situation in this devastated world after the Breakdown.

The only ones had left are two military Sergeant Parks and Private Gallagher, the chief scientist Caroline Caldwell, Justineau and Melanie and we follow their adventures in attempting to get back to their home base. It’s set in the UK but if you’re familiar with films like ‘The Crazies’, then you’ll be on familiar ground, only here their taking one of the contagion with them.

Although the dialogue is fine, the text around it is almost clinical and oddly tensed almost stage direction without any emotional content. Throughout, I wondered why Carey didn’t switch first person amongst the characters as I was continually seeing it would work better that way. The slowness of this after half-way through the book tends to suggest a lack of enthusiasm to these changes. Someone made that decision and it’s clearly wrong. It isn’t as though multiple first person hasn’t been done in the past.

There are a lot of predictable tags laid and it looks like Carey, needing to draw the story to a close, rushes towards it at the end, forgetting the various dislikes between the characters and what kept them going. For what it is, the book’s OK but considering how many novels Carey has written I expected something far better in its execution. 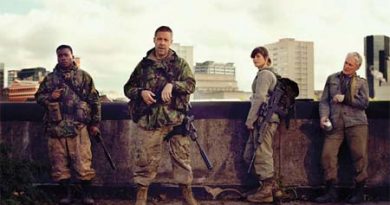 The Girl With All The Gifts: new zombie film trailer. 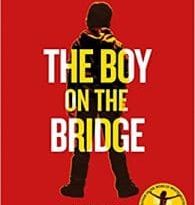 The Boy On The Bridge by M.R. Carey (book review).

The Boy On The Bridge by M.R. Carey (book review).

The Girl With All The Gifts: new zombie film trailer.