‘The Fireman’ might ring some bells for a few of you and, if in doubt, you can see that Joe Hill has wholeheartedly dedicated this book to its predecessors Ray Bradbury’s ‘Fahrenheit 451’ and the 1966 film directed by Francois Truffaut. There are plenty of other references to post-apocalyptic novels to savour or spit out depending on your preference. This has an epic feel and a blockbuster is what it wants to be. It is most definitely a page-turner but, in many ways, it has all been done before and those references to other works sometimes hinder enjoyment of this latest vision. Is it just we are too cynical about this? Reading the book was very enjoyable but turning it over and, considering it later, I thought I probably expected too much of it.

Another cosy apocalypse lurches into our consciousness as the book opens. It takes a while to see where the book is going with it and, meanwhile, the author wants us to care about our characters, whether they live or die. That’s the hard bit. Generally, the plot is sometimes predictable but it is also knowingly setting us up for the fall and we complicity follow.

Opening with the symbolic burning man, we learn this is no suicide or homicidal immolation. There is a plague known as the Dragonscale and people are burning up all over. It’s the plague and the rats are people this time. That said, the Dragonscale has a magnificent elegance that the Black Death surely lacked, even though the most likely end is internal combustion. But that’s not important, this is a tale of a small town and a few people and mainly one woman.

Harper Grayson is a woman in a marriage of discontent. At first, she feels it is her fault but as the plague escalates it is clear that husband, Jakob, is part of the problem. He thinks he is a writer and her discovery of his thinly veiled autobiography which reveals he has been serially unfaithful due to his contempt for her, leads ultimately to her escape. As does her infection and pregnancy. She meets the Fireman and goes on to discover that the Dragonscale might not be a death sentence. She is on her own road to freedom while the world goes to hell.

I enjoyed this and, for a change, a woman as centre stage was great. I look forward to the film that no doubt relegates her to the side-lines as Tom Cruise puts out the flames in his ever so attractive fireman’s oilskins. It is a great read, although some of the sugar lumps and ‘Mary Poppins’ references just got a bit much at times. It very much reminded me of ‘Survivors’ (BBC 1975) in its creation of a post-civilised society that had just enough tinned food to keep the remaining human race alive. The character of the husband was also too much and seems to be inspired by the tanker truck in the film ‘Duel’ (1971). But then he has to be to make way for the saintly Fireman and some of this felt too whimsical.

Given all this, I’m not sure at the end I did care enough about the people in this book. They are a means to an end and, at the end, all I could think was that it was awfully familiar. I did enjoy reading it, though, and I could see the point of writing it but also felt a bit cheated. All the liberally scattered tributes to the cult books and films from previous years made me feel the loss of those who went before. The problem is and has been for a while it is difficult to put a new slant on world destruction and, hey-ho, we humans are doing quite well in the real world.

Overall, though it is an enjoyable way to while away the hours until some bugger causes Armageddon. Like all dystopian novels, you can take it with a pinch of salt or as Mr. Hill would have it, a spoonful of sugar. 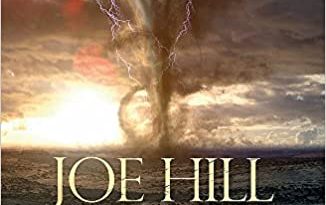 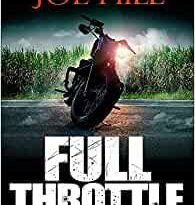 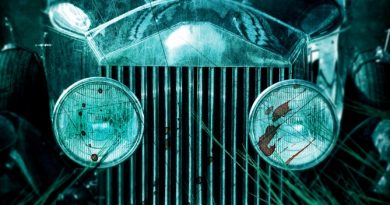