Artist I.N.J. Culbard has adapted another H.P. Lovecraft story after winning an award for ‘At The Mountains Of Madness’. ‘The Dream-Quest Of Unknown Kadath’, a quirky work even by Lovecraft’s standards, was not published in his lifetime. Posthumously, of course, every word he ever penned in now available in one form or another. This story brings together several elements from other tales in Lovecraft’s so-called ‘Dream Cycle’. These include ‘The Cat’s Of Ulthar’, ‘The Doom That Came To Sarnath’, ‘Celephais’ and ‘Nyarlathotep’, amongst others. A few of them were written very early in his career for his own pleasure. In fact, Lovecraft always wrote to please himself and the fact that someone actually wanted to print the stuff was a bonus. He never wrote with the market in mind, which is why he’s so original and deservedly has gained a literary reputation. In this story, Randolph Carter, Lovecraft’s alter ego, has dreamed three times of a marvellous city named Celephais, ‘in the valley of Ooth-Nargai beyond the Tanarian hills’. He wants to go and live there in the dreamworlds, leaving the real one behind. So he prays to the hidden gods of dream and goes on a quest, which takes him across several different landscapes, where he encounters a variety of strange creatures. Nasty zoogs and gugs are out to get him but the cats of Ulthar are his friends.

It’s weird fantasy set in imaginative realms with almost no connection to the mundane world. Quests are not my favourite type of yarn as they can easily become a mere parade of ‘wonders’ that become boring after a while. Happily, this one doesn’t go on long enough for that to happen as the original work was a novella, not the three thick volumes of modern fantasy. The ending, I should add, is excellent and quite unexpected.

Lovecraft’s writing is an acquired taste but one I have acquired. The art of I.N.J. Culbard is also an acquired taste and one I’m working on, not always successfully. The first issue of ‘Brass Sun’ was pretty good but the pictures were not so great thereafter. At his best, he has a gift for good storytelling with panels and a very simple linear design technique that can be pleasing. At his worst, the page looks like it was drawn by a child. This adaptation does not contain his best all the way through but there are some good panels, particularly a double page spread near the end. I recommend sneaking a peek at the pages before you buy to see if the pictures appeal for, in my view, a graphic novel is not worth having if you actively dislike the art. At the moment, I’m ambivalent about Culbard. I will say that he seems to have converted much of the prose into pictures as the work is not heavy on captions. Art and dialogue carry the story along and it’s a quick, easy read. Lovecraft isn’t. Ever! But he’s worth the effort.

It’s a nice edition, physically on good quality paper and with plenty of pages for your pounds. It’s a moot point whether Lovecraft should be adapted to visual form as all those indescribable horrors may be best left to the readers’ imagination. Culbard is trying though and he deserves an ‘A’ for effort. 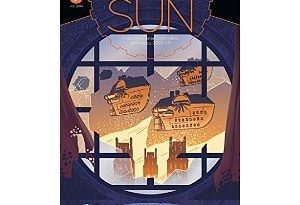 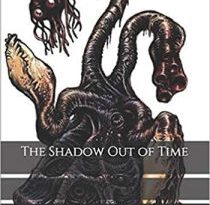 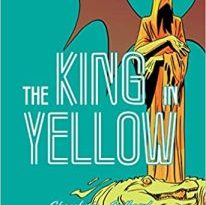