One leaked audio file ignites a controversy that involves NASA, private enterprise, the President of the United States, present and past, and a decades old scandal. One question, who was the first man to walk on the Moon?, sparks many more questions and piece by piece the Cassandra Project is revealed. The idea another mission, half a year before Apollo XI and another man, Sydney Myshko, might have landed on the Moon before Neil Armstrong seems like fiction and many regard it as just that. But a handful of men want to find out the truth, one because he can, the other because it’s his nature and the President because, well, it’s his job. Morgan ‘Bucky’ Blackstone is a billionaire several times over. He is planning his own mission to the Moon and when he learns there is a mystery to be solved, he sets out to solve it. Jerry Culpepper works for NASA. He also wants to know the truth, but fears revealing it will end his career. As it turns out, simply pursing it is enough. When Bucky and Jerry join together, the facts begin to unfold, but without the aid of a President who feels betrayed by them both, they will never find the final puzzle piece.

‘The Cassandra Project’ by Jack McDevitt and Mike Resnick reads like a Jack McDevitt novel. It starts with a cover-up and one clue, just one, a mere snippet of information. Then, throughout the course of the novel, deft fingers pluck at the corner of the wallpaper, pulling it away scrap by scrap. Some pieces are too tattered to be useful, but others come away in sheets. What’s hidden beneath doesn’t always make sense. But when it does, when everything is revealed, it’s pretty awesome.

I am not as familiar with Mike Resnick’s work, having only read one of his novellas. His influence was clear, however. There are more voices in ‘The Cassandra Project’. More players. This particular mystery required a team, both on the page and behind the book.

Whoever was responsible for ‘Bucky’, well done. He was endearing. Jerry proved himself worthy of both Bucky and the reader’s respect and the President read just as he should have, a man trying to do the right thing. Behind the characters and the mystery is a clever commentary on the state of NASA today and timely questions regarding the present and future directions of science, in all fields. I enjoyed absorbing that as much as the story itself.

I would love to talk about the conclusion, which may strike some as both a reach and controversial. So as not to spoil potential readers, I will be circumspect in my comments. I loved the way the ultimate reveal was handled. An assumption is hinted at, but not outright ‘claimed’. It’s up to the reader to decide. The enormity of the assumption is pretty stunning, though, and long after I put the book aside I thought about the implications.

If not for Jack McDevitt’s name on the cover, I may not have picked up this novel. There are certain authors, however, whose work I will read without reservation, regardless of whether the subject matter interests me or not. Yes, I have had to put aside some books and I have valiantly struggled to read and understand others. But occasionally I’ll stumble across a gem. ‘The Cassandra Project’ falls into the latter category. It has also inspired me to look into more of Mike Resnick’s work, which is a win for both authors. Ultimately, however, a good book is just a good book and I highly recommend this one. 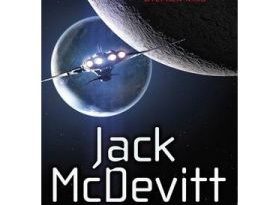 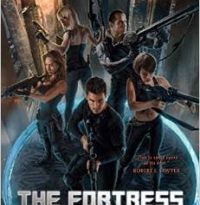 The Fortress In Orion by Mike Resnick (book review). 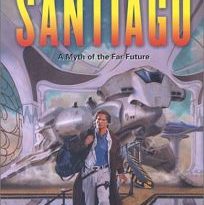