‘The Ballad Of Halo Jones’ is a rather oddball in the ‘2000AD’ comic-book cannon. It’s not overtly violent in the opening two books in this volume and the lead character is an ordinary girl in the future. Still, this is Alan Moore and, at that time in the mid-80s, if he wrote a story based around his shopping list, it would have sold. The fact that it was a decent story and legendary, mostly because of artist Ian Gibson’s distinctive style, has kept it alive for another reprint. Even more incredible, his panels are full of people which I suspect would have tried the patience of other artists. The samples of Alan Moore’s plot/scripts at the back of the book and the final pages makes me think that Ian Gibson followed them to the letter. In many respects, ‘Halo Jones’ has some semblance to the kind of young adult fiction that the likes of Robert Heinlein would have produced. Halo Jones lives with a group on the Hoop, a space station orbiting the Earth. It’s over-crowded and resources are limited and events are going to conspire for Halo to leave. In many respects, the first ‘book’ (there are three in this volume) is a travelogue of the Hoop as much as her exploits and observations. Halo’s friend Rodice is clearly not as ambitious as her and the robot dog Toby holds a dark secret, although this isn’t revealed until much later. Things go to a head where they’re friend and den-mother Brinna Childresse-Lao is murdered, things change. Halo, along with Toby, ships out as a hostess on the Clara Pandy, mostly because she can speak cetacean, which is handy as dolphins are the navigators.

This leads to her and Toby time on this space cruiser and her often low-key adventures of the second book. Nothing is ever as it seems and hence is always likely to surprise the reader. Of particular note, before I forget, is Whatsizname. You only see him briefly and then forget he…er…she…was…who was I talking about?

Make sure you give yourself at least an hour or so to read the third book uninterrupted. Alan Moore through Ian Gibson’s graphics will truly show you the downside of war. Everything from being misguided as to the dangers you are in by enlisting to the nonchalant attitude you develop to damaging people. The bar scene where Halo and Toy are in a bar describing the action of blinding people with their thumbs quickly loses them any chance of a date. Did I say this story was black humoured? It’s all a matter of balance, mixing a touch of comedy with violence keeps you sharp and lets everything sink in. Alan Moore explores all the recognisable tropes you might be familiar with about war today but also remember these stories were written in 1984-86. The fact that they are still relevant shows these problems don’t go away.

The success of Halo Jones is that she’s a very rounded character. She has her own ambitions but finds society works against her. Resigning from the military after a nervous breakdown, she also discovers that she has no skills usable in the outside world and she isn’t even on Earth. I do think the ending is a little too pact but suspect that Moore and Gibson wanted to bring the story to a proper conclusion.

I’m still puzzling how Halo’s entire history is known to the people of the future. Maybe they read these stories. It’s interesting how Halo Jones appearance and hair changes throughout. All too often, especially up to the 80s, once you had an appearance that satisfied the public, it tended to stay that way. With Halo, her hair changed with profession and on one occasion, with self-loathing.

Is there anything wrong with this book? One major thing. Why oh why give this book a disingenuous bland cover compared to Ian Gibson’s interior art which is actually impressive in black and white. If you’re going to sell a book, surely it makes sense to have a cover resembling the interior, although saying that this was done with earlier volumes? So look inside. This book will make you a little uncomfortable but for stories that were originally aimed at teen-agers, it will also make any of you think. 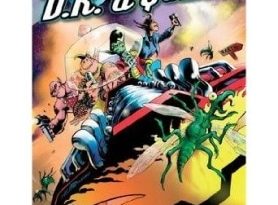 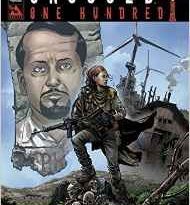 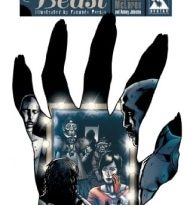