‘Titanfall’ is a first person shooter on-line game for XBOX One and Windows PCs. It was highly anticipated because it was the debut game from some of the creators of ‘The Call Of Duty’ series of games. Reviews of the game have been mixed and, in one instance, a review of the reviews has been the source of some interesting on-line banter. This book, ‘The Art Of Titanfall’, details some of the glorious and sumptuous artwork within this SF universe. The first thing which is obvious when looking though this book is the great love of SF culture and lore the artists have. Giant mechanical weaponised exo-skeletons are beloved in such movies as ‘Star Wars’ and ‘Aliens’ as well as games such as ‘Command And Conquer’ and ‘Battle Tech’. Clearly, the idea of human-shaped and human-piloted robotic machines is close to the hearts of SF fans. ‘Titanfall’ has some incredible artistic influences. Reading through the artists’ notes the influences are clear. You can see the look of Briareos from Appleseed about the Spyglass Overseer. ED-209 looks are visible in the ultimately unused in the game Police Vehicle. The Industrial Titan has a distinct nod towards Ripley’s Powerloader. Added to these SF references is a distinct real-world layer. The Titans have access steps and engine exhausts. In the small detailing, we can see both an attempt at authenticity and ‘The Call Of Duty’ connections. In a similar way, the aircraft and spaceships have a varied ancestry. Present day aircraft such as Apache and Hind helicopters are mixed in with the colonial Marine’s Dropship from ‘Aliens’.

In the pictures of the land-based vehicles there is a similar blend of the current and SF classics, Imagine a Challenger tank crossed with ‘Armageddon’s Armadillo and you won’t be far off.

The effect of this attention to detail and esoteric referencing produces realistic futuristic technology. The results are spectacular but practical looking. There is a similar realism in the extensive weaponry section. Moving through the book, the next section details the exotic and varied locations used in the game. This background detail is the thing most often lost in playing the game. This is a shame because the locations are spectacular in their details. The SF influences clearly include Manga and Anime as well as films like ‘Aliens’ and ‘Avatar’. This shouldn’t give the impression that the comparisons are in anyway negative or suggesting that there is a lack of originality. The Game locations are varied and detailed as well as often very beautiful.

Generally, this book is an interesting look at the process of designing a modern video game. The book mentions how ‘Titanfall’ had perhaps a difficult conception as well as a lengthy gestation. The amount of artwork and background story which didn’t make it into the game is breathtaking, too.

This book will appeal to game players who love to see the extra detail in their games. Fans of digital art will find much of interest her, too. War is famously hell and future war even more so. No-one ever said it couldn’t look amazing though. 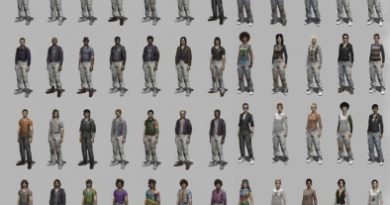 The Art Of Alien: Isolation by Andy McVittie (book review).

The Art Of Alien: Isolation by Andy McVittie (book review).