The ten book epic that is Adrian Tchaikovsky’s ‘Shadows Of The Apt’ series is moving swiftly towards to its conclusion with the 646 page doorstop that is ‘The Air War’. Book 8 sees war return to the Lowlands, this time dominated by, as the title suggests, some serious air battles and a complete shift in strategy from the previously predictable Wasp Empire. Joining forces with the Spiderlands was something that the people of Collegium didn’t foresee, so now they face battles on all sides and have little hope of winning unless they can come up with a drastic solution from their artificers’ workshop. Even if they can win with this battle, the Wasp Empress Seda is searching for old power, something that has lain dormant for hundreds of years and was never meant to be woken. If she finds it, the world will never be the same again no matter who wins the war of the air.

It can be hard to maintain momentum in a long series and it has got to the point where I enjoy a nice long break between books to keep it from feeling stale. Having said that, this is a book that moves rapidly from one event to the next, keeping the pages turning and maintaining great characters.

It’s clear that Adrian Tchaikovsky enjoys writing battle scenes and, if that’s your cup of tea, then you’ll love this book. For me, there were too many fighting scenes and I found it a bit unrelenting at times. They are all well-written and beautifully described but around page 300, I found that I needed a break from all the action, something to provide a contrast to the frantic air battles. I almost put the book down and read a different one just to break things up a little, but in the end I did persevere.

The characters have been strong throughout this series and I’m pleased to say that ‘The Air War’ was no exception. Taki, the Fly-kinden pilot really takes centre stage as she fights the Empire in her speedy flying machine or orthopter. She provides the human element to what might otherwise be mindless battle scenes, so that we never forget the suffering of the pilots as they fight day after day. The other character contributing to this is a Fly-kinden called Pingge, who is one of the Empire’s bombardiers. The way in which she rationalises the actions of war and the fear she feels really bring home the horrors of these violent battles and I thought she was a great addition to the ever-increasing cast. It was interesting to see Stenwold Maker back again as he is a character that has undergone some big changes through the series, which makes for fascinating reading.

Of course, with such a large cast of characters, not all of them can shine in every book. I was a little sad that Cheerwell and Thalric didn’t appear in this one as I think they have been my favourites to follow through the series so far, but I’m sure we’ll see them back again soon.

Once again, I’ve been impressed by Tchaikovsky’s writing and although I felt like this instalment was a little battle-heavy, it was still a very good book. The pace is rapid and you really want to see how each of the characters fares as the story progresses. Even though I’ve worked through what must be thousands of pages of this series, I’m still keen to read the next one and I can’t wait to see how Tchaikovsky brings the series to its conclusion over the next two books. 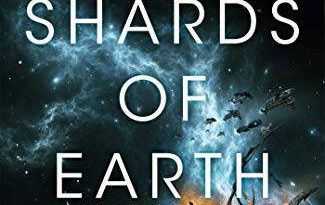 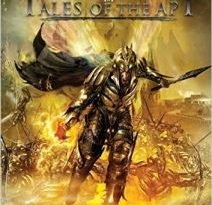 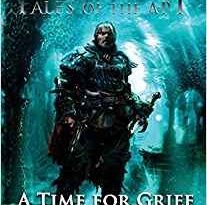 Tales Of The Apt: Volume 2: A Time For Grief by Adrian Tchaikovsky (book review).