Director Terry Gilliam – the brains behind such great SFF films as Twelve Monkeys, Time Bandits, Brazil, and The Adventures of Baron Von Munchausen – has reached the grand old age of 80, so we’ve set him a few questions via the BFI during this great one-hour-long video interview. 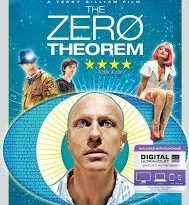