Christopher Sinclair wakes from an interesting dream into a more interesting dilemma. He is in an alternate reality, a world eerily similar and yet markedly different to ours. The sleepy village he finds himself in appears to be stuck in the medieval age, but for certain marvels. This ‘magic’, apportioned by a substance known as ‘tael’, affects the very way society operates, marking the most startling differences. The higher the rank, the more magic a practitioner commands.

On his first day in this new world, not quite given over to the fact he has left his own world, rather, Christopher believes himself the displaced victim of a plane crash. Our hero manages to transgress several laws while coming to the defence of a young woman. He does not know that striking a nobleman, even to save a young woman’s virtue, is a serious crime punishable by death. He is summoned by church officials and interviewed. By the time his audience with Saint Krellyan is finished, two things are clear. Christopher is no longer in Arizona or anyone on his Earth and he’s in deep…er, trouble.

Some legal finagling puts off his death, but there is a cost. Christopher must serve three years in the ‘draft’, at the front lines. He agrees, seeing no other way to stay alive long enough to find a way home. He is given a rank and inducted into the local religion where he will serve a priest to the Bright Lady, the goddess of healing. The Bright Lady’s consort, Marcius, god of war, has other plans for him, however.

While preparing for war, Christopher succeeds in more than arming his cadre of young draftees with improved weaponry. In slow steps, he organises an industrial revolution. But not everyone appreciates his forward thinking or his methodology. Then there are the duellists who want a crack at his magic sword, grudge-bearing nobleman and a mysterious assassin who wants to know all of his secrets.

‘Sword Of The Bright Lady’ is a really fun read. The magic system alone is fascinating. While on the surface of things, it seems like the usual mana-to-spell deal, depending on the rank of the wielder, it’s actually a little more complicated than that. A little more fun, too. By about half-way through the book, I had decided that M.C. Planck had found a way to truly fictionalise a table-top gaming experience. Bodies are looted and experience and goods apportioned according to who struck the killing blow and rank, of course. So, characters gain tael and magical items by defeating foes. Tael can be used to regenerate limbs, raise the dead, or elevate rank. War is a numbers game. A host of commoners or unranked draftees might keep an enemy’s attention long enough for a few higher ranked noblemen to cast devastating spells. So, the life of a commoner is not considered worth much.

This is where the gap in society comes into play. Without a rank, you’re cannon-fodder. Christopher is from our world, though, and he’s idealistic to boot. The thought of riding to war on the backs of near-defenceless young men horrifies him. So, he changes the formula. Christopher uses his tael in new and interesting ways that outrage and scandalise his companions and enemies and his revolutionary methods expose what isn’t so well hidden and more ignored. You’ll have to read the book to find out what that is.

I highly recommend ‘Sword Of The Bright Lady‘ for fans of sword and sorcery, epic fantasy and alternative reality, as well as table-top gamers! Christopher is an engaging character who feels more real as the pages turn. His sense of wonder and humour both amused. The cast of secondary characters are just as interesting and I’m looking forward to the continuing story. 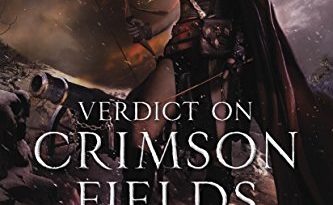 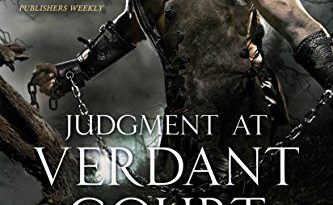 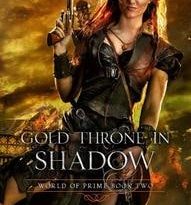