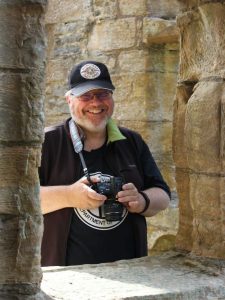 We were informed by SFcrowsnest contributor and writer Sven Scheurer’s widow, Heidi, that he died unexpectedly on 9th September 2018.

He had told me he’d been ill recently but was getting back into the swing of reviews.

Some of our chats often centred on the contrast on living in Germany where he was born and in Scotland and the weather in Winter. Sven found that Scotland was warmer than his birthplace.

Apart from reviewing, he was a translator and this was also an area of contrast between German and English and how the grammar differs did give me some grasp of the differences.

Sven will be sorely missed and our condolences to his wife.

[Note from Stephen: Sven’s wide body of work with SFcrowsnest is available to peruse over at https://www.sfcrowsnest.info/author/SvenScheurer/ – have a read and raise a glass in Sven’s memory]