If you were around in the 1970s to watch the original BBC production, then ‘Survivors’, re-imagined by Big Finish, will bring some chilling memories. Yes, the decade that brought you glam rock and clackers (don’t ask) also managed its fair share of apocalyptic dramas; enough to scare the hot pants off the average teenaged geek.

Script edited by Matt Fitton and masterfully directed by Ken Bentley, the atmosphere is skilfully created not only by the writing but with sound design by Neil Gardner and music by Nick Briggs. The opening scene with its perfect day in England, birds singing and children playing is perfectly portentous and the eerie music and sound effects that increasingly move in adds to the tone of the piece. We all know what’s coming and the music is subtle and doesn’t labour the point. As Tom Baker might say if prodded, ‘It’s 1975 all over again’ and this time its audio! Be afraid. Be very afraid!

Before we start, please note, I don’t want to give too much of the plot away so pardon me for being scanty with details. This is really something that needs to be listened to without too much foreknowledge as its impact is greater.

The build-up to the total breakdown of society is carefully posited in a very personal story which encapsulates the fear and despair of those who witness the arrival of the almost medieval plague which decimates the population. Helen Wiseman (Caroline Langrishe) is a senior journalist covering the apparent incompetence of the hospitals to cope with the winter flu. Her assistant Daniel (John Banks) is sent out of the office to get a personal angle but Helen’s own family are ill and they will need more than ibuprofen.

Meanwhile, Maddie Price (Chase Masterson) is trying to get to the States to continue to plan her imminent wedding but she is stranded at Heathrow and starts berating the health official, John Redgrave (Terry Molloy) who has been ordered to quarantine the first class lounge. Chase takes the part of the perfect American who insists on being called Ms, a career woman who won’t sit back and wait for events. Which, of course, is just what we need.

Meanwhile, John Redgrave is a credible summation of a British official but also, increasingly, has character and feeling injected into this initially two-dimensionally person.

At Feltham Poly, lecturer James Gillison (Adrian Lukis) is taking revision classes and, at this point, this there is a short interlude about sociology during which you might want to make a cup of coffee. This is a little bit of Orwell, signposting just what we can expect from Gillison’s character. He is interspersed by coughing students, just in case you were wondering what is going to happen next.

By the end of this episode, you might need a bit of a sit down before moving on. It has quite an emotional impact and we are wrong-footed constantly about who we might root for. Mostly, it is restrained and very disturbing.

As we continue to reel from the shocks of episode one, we now follow the story of Gillison (Adrian Lukis). It looks like the world is going to hell in a hand basket but who is going to be selecting those eggs and putting them in that basket?

Jonathan Morris pick up the threads and continues to twist them around your heart as we carry on through the nightmarish landscape of a United Kingdom ravaged by the modern day plague, we meet others who are doing their best to survive including Jackie Burchell (Louise Jameson), Fiona (Camilla Power), Sayed (San Shella) and Susie (Sinead Keenan)

Again, the dialogue carefully constructs the landscape and it’s a terrifying vision of the death of civilisation and the fragility of modern existence.

It’s now sometime after the plague and communities are forming along with alliances and paranoia.

Characters from the original BBC series are introduces as they encounter some of the new ‘survivors’. Abby Grant (Carolyn Seymour) warns Greg (Ian McCulloch) and Jenny (Lucy Fleming) as they set off back to the city to forage. They would stay away but storm has knocked out much of their crop and needs must. Meeting another group, the original ‘survivors’ find out what has been happening outside their bubble.

Now the plague is almost over its time to rebuild but everyone has different ideas on what survival mean. There are plenty of social and legal conundrums thrown in by writer Andrew Smith and an excellent plot which uses the original characters to great effect with our new survivors.

This is final episode for now and as much as it manages to pack into it you will be left wanting more at the end.

I can’t say too much at this point but there is an unsettling end with little to sing and dance about. John Dorney takes up the reins for this one and drives us into even darker territory.

There are some good extras at the end of each episode with the writers and actors from that episode. The cast are excellent with particularly powerful performances from Louise Jameson and Chase Masterson and an absolutely full-on disturbing master class by Adrian Lukis.

Sometimes the characters are alone and there are some clever devices used to forward the story, it sure does tax the writers’ ingenuity. The four stories are pulled together well and there is a great sense of immediacy in each one. Listening through the second time after becoming emotionally involved with the characters, I found I had a lump in my throat even knowing what is going to happen, it’s very clever.

I absolutely loved this and I think it should be a hit with listeners, too. It is a little bit different from the usual output from Big Finish but uses all its well-learned tricks and skills. I’m now starting to wonder if they might think about doing ‘Doomwatch’ and ‘Edge of Darkness’? Oh, Big Finish what have you started? 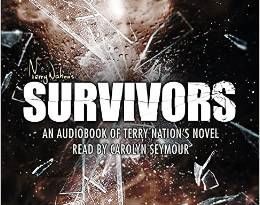 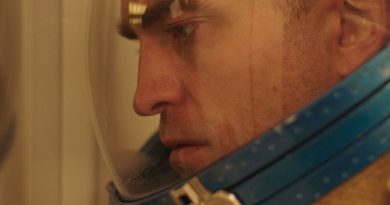