‘Star Wars: The Clone Wars: Wild Space’ by Karen Miller follows on from ‘Star Wars: The Clone Wars’ by Karen Traviss. You don’t have to be called Karen to write ‘Star Wars’ books but, clearly, it helps. It is set at the time of the Clone Wars, when the Republic is fighting for survival against the Separatist movement of Count Dooku. The Republic has clones while the Separatists have battle droids. The Republic has the Jedi and the Separatists secretly have Sith. This novel features the usual favourites: Obi Wan Kenobi, Anakin Skywalker, Chancellor Palpatine and others. The last book was largely concerned with Anakin, whereas the hero of this one is Obi Wan. There also more of Yoda is, which must make writing the dialogue more difficult. His verbs at the end of the sentence usually are. The fact that it’s a follow on to ‘Clone Wars’ isn’t obvious at first because it opens with a scene set in the aftermath of the Battle of Geonosis, when Count Dooku cut off Anakin Skywalker’s arm. Then there are a couple of chapters devoted to devotion, that of Padmé for Anakin and his for her. I thought I was reading a ‘Star Wars’ romance novel and my heart sank. Happily, it didn’t continue too long in that vein and the action got going. The Separatists set off bombs at important government buildings all over Coruscant, which leads Chancellor Palpatine to institute new security measures. Senators Padmé and Bail Organa are worried about the invasion of privacy but nice old Palpatine assures them it is only temporary for the duration of the emergency. Terrorism and patriotism are obviously themes for our time.

It turns out that Senator Bail Organa has access to a secret intelligence source and has discovered something. Obi Wan accompanies him on a mission to an obscure planet in wild space, outside the civilised regions of the galaxy. Bail learns of the Sith who were thought defeated a millennium ago. The revival of dark forces after a thousand years, combined with our hero having to go off to a planet of theirs beginning with Z and risk all did evoke memories of another space opera franchise but, never mind, it’s a very loose parallel. Actually, E. E. ‘Doc’ Smith started all this with those Lensmen of his back in the 1930s.

Of the two Karens, I preferred Traviss slightly more because she put in a few more astute political observations. However, that is merely a personal bent. Karen Miller’s book is a good adventure yarn and does highlight issues, too, more personal ones such as whether or not Jedi chaps should grow fond of other people. The Jedi are the Shaolin monks of space opera: serene, detached, at peace with the universe and death on legs if you get in their way. George Lucas has created an interesting reality and many good stories can be created in it. This is another decent contribution to the continuing adventures in a galaxy far, far away and I look forward to the new film. Break a leg, Harrison!

Oh, you did. Sorry. Get well soon then.

check out websites: www.delreybooks.com and www.starwars.com 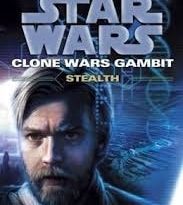 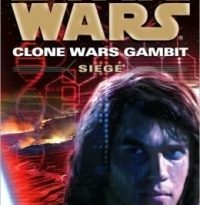