For those that like their Star Wars live action-stylee and believe that the Clone Wars is a step too far for the Lucas Film franchising monster, you may want to avert your delicate eyes now, for Seth Green’s Star Wars: Detours send-up is nearly upon us.

We are promised that the action in the comedy animated Star Wars: Detours is set in the time line between Episodes III and IV and features such gems as Grand Moff Tarkin’s son, Biff Tarkin.

Here’s the trailer and clips for those that want a taster of all the silly action set to come our way. 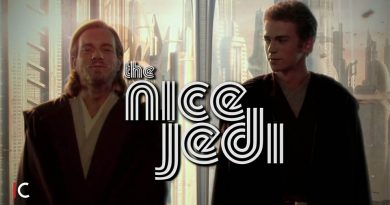 Kenobi: will the Star Wars TV series be a good’un? (news).