‘A Burning House’ sets out to tell a ‘Star Trek’ universe story from the perspective of one of its most iconic alien races, the Klingons. Author Keith DeCandido attempts to do this by breaking up the crew of a Klingon starship and sending them to different places on the Klingon homeworld. Each has something different to do, from visiting family through to attending a conference and, to some degree, what we get is a series of smaller stories told in parallel, linked together by a single over-arching theme, but what works best about the book is the way we see Klingons at all levels of society interacting. In particular, those Klingons who aren’t warriors. Ordinary citizens, the Klingons who grow food and run the business that make any empire, even a military one, run smoothly.

Such background details extend beyond the characters, though, with interesting sidelights on Klingon architecture, medicine, festivals, even dining habits. There’s a short but revealing scene where one character hosts another at a Vulcan restaurant, where vegetarian food is the order of the day, quite in contrast to the purple-blooded cuisine we might assume Klingons favoured.

DeCandido also does a good job of ensuring that ‘A Burning House’ slots into existing ‘Star Trek’ canon nicely, elaborating considerably on what happened to those Klingons that Worf discovered in a Romulan prison camp. There’s also more concerning the fate of Worf’s brother, Kurn. So while a lot of this story concerns entirely new characters, there are just enough links with the past to keep the novel grounded in the TV series universe.

However, while DeCandido definitely creates a rich backdrop for his Klingon characters, the pacing of the stories is a bit too slow to make this book a true page-turner. It has quite a bit in common with those episodes of ‘Star Trek’ where adventure took a back seat relative to character development, such as the episode ‘Family’ in ‘Next Generation’. While adventurous things do happen, most of ‘A Burning House’ is focused on the characters and how they’ve reacted to things in the past or what they’re doing to sort out the future. It’s good stuff, but not as engaging as the usual damn-the-torpedoes stuff we expect from ‘Star Trek’ novels, where our heroes find themselves facing alien threats and impossible odds.

Still, fans who enjoy the richness of Klingon culture as suggested by the ‘Star Trek’ series and movies will thoroughly enjoy ‘A Burning House’ for its depth and the diversity of its characters. It ties up some loose ends, develops some back stories and generally paints a nuanced portrait of the Klingons that makes them altogether more believable than the honourable warriors we’ve grown so used to.

check out websites: www.simonandschuster.com and www.startrek.com 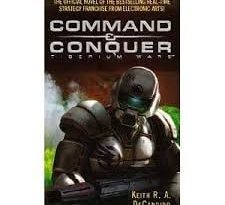