As a piece of intelligent science fiction J. J. Abrams’s new ‘Star Trek: Into Darkness’ film is only middling, but as an action film it is really quite good. It has some arresting images, some very engaging character development and perhaps two or three too many explosive action scenes. A saboteur apparently within the Starfleet Command is bent on destroying it. Captain Kirk, dishonoured for his handling of a previous space mission, nonetheless has the Enterprise restored to him to sneak into Klingon territory and capture the culprit.

Don’t like the plotline? Wait ten minutes and the story will have transformed into something else. This film has a complex plot that manages to balance character writing with slam-bang action sequences. Great acting by the intriguing Benedict Cumberbatch. Oh, and as a ‘Star Trek’ series film ‘Into Darkness’ ranks among the very best.

Minor spoiler after the main body of the review.

‘Star Trek: Into Darkness’ opens in the middle of a spectacular action sequence involving an erupting volcano and the Starship Enterprise doing something we never knew before that a starship could do. In saving Spock (Zachary Quinto), Kirk (Chris Pine) must violate the Prime Directive. Back on Earth, Kirk has his command taken away from him. But after an attack on Starfleet command by a saboteur, Kirk gets the Enterprise back for an emergency mission to go after rogue Starfleet agent John Harrison (Benedict Cumberbatch), who is hiding out in on the Klingon home planet, where just being present is an act of war. But Kirk is in for some surprises and so is the audience. This is a film in which you can never be sure what is really going on until the end credits roll.

The writing by Roberto Orci, Alex Kurtzman and Damon Lindelof balances character drama, plot twists, and action scenes. The latter are an embarrassment of riches. They come strong and fast until the explosive climax. Then something else happens and we are in a different action sequence and a different climax. Then, as things are tied up, we find out something else and there is another action sequence. The film is eventually 132 minutes with only moments not action-packed. The writers do know how to make effective use of material from the original series.

By placing the story in an alternate universe from the TV show and the pre-Abrams films, Abrams is able to be faithful to the original series or surprise the audience with a major change as he wishes. In this universe, Spock can be an orphan and have a love interest, neither of which were true in the original stories.

In the last Abram’s ‘Star Trek’ film, ‘Star Trek’, the young actors seemed to be doing impressions of their original counterparts. One could hear Leonard Nimoy’s voice in Zachary Quinto’s lines and Carl Urban felt like he was mimicking DeForest Kelley as Bones. By now they are comfortable in those voice patterns and sound much more natural. One would hope they could be their own actors and not have to mimic their predecessors the entire series. The one character that really did not fit his role was Simon Pegg, who played Scotty too broadly and with a little too much unbelievable and silly comedy. The comedy is toned down a bit and he is given a bigger role in the new film. The result is maybe still a little too comic, but much better.

Two actors who can each believably play intelligent and interesting characters get to square off here. There is Zachary Quinto, the series Spock and actor from the excellent ‘Margin Call’. Opposite him is his British equivalent Benedict Cumberbatch, TV’s ‘Sherlock’. Here he plays a character with ambiguity and complexity.

Things I could have done without include a planetoid near Jupiter with Earth gravity, climate and atmosphere. Starfleet Command seems to have a meeting room based on the War Room from ‘Dr. Strangelove’. There is a discussion whether the Enterprise is for exploration or for military purposes. Hint: The Enterprise seems to be heavily armed. Of course, it could just be that the best defence against a bad heavily armed starship is a good heavily armed starship.

Do not go to ‘Star Trek: Into Darkness’ looking to be intrigued by its Science Fiction ideas. If you want to get into the characters in the new ‘Star Trek’ universe or if you want some high-octane actions scenes with a strong dose of spectacular visual effects or if you just want to have a little fun, this film is and will probably remain one of the best of the year. I rate ‘Star Trek: Into Darkness’ a low +3 on the -4 to +4 scale or 8/10. The film could not be shot both 3D and IMAX. The producers chose IMAX so the 3D was added after the shooting.

Minor spoiler: This is the most spectacular ‘Star Trek’ film so far. There are some major flaws in the script. One is a sequence that is almost a re-enactment of an iconic sequence in the original film series. The other is one that promises to make a major change in the series only to be undone by a deus ex machina reset button. Also’ when you have a major actor in a minor role, it is often a tipoff that he will later become important to the plot. 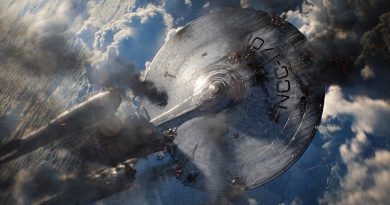 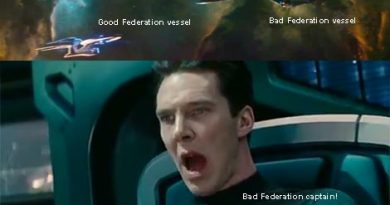 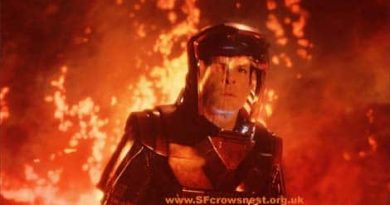