When Chris Roberts, the creator of Wing Commander (best game ever), is working on something, the game fans at SFcrowsnest sit up and pay attention! Here’s the trailer of his new game, Star Citizen, showing off the starship combat options from his new project.

In Edge magazine, he recently described this as…

“Essentially, what I’m aiming to do is take Wing Commander, Privateer and Freelancer and put it all into one consistent universe. I wanted a universe that has a lot of possibilities, a lot of geopolitical conflict, but also a military campaign where you’re fighting on the frontlines”.

Well, there are three of the best science fiction-themed computer games there, for starters. Let’s hope he pulls this off. Give us some strategy, Chris, we’re bored with twitch gaming and Angry Birds StarWars nonsense now! 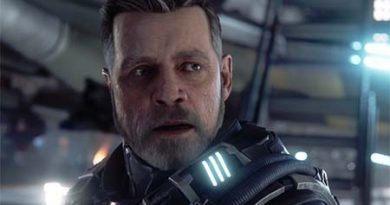 Star Citizen game gets a star-studded trailer with …. Squadron 42!

Star Citizen: are we there, yet? (PC gaming documentary).

Star Citizen: are we there, yet? (PC gaming documentary).

Star Citizen game gets a star-studded trailer with …. Squadron 42!