Frederick Wiedmann has been composing music for the Batman animation films for some while now, so it’s hardly surprising that he would be composing for ‘Son Of Batman’ where the Dark Knight teams up with his only son, Damian Wayne. From the start, this CD jumps into an action credit sequence. Through this soundtrack, the tones start deep and shadowy and often build up to a crescendo, no doubt to accent the action of the film throughout all 27 tracks. If the film matches these beats then it must be a heck of a performance. Although I’m only doing this after one listen, you can’t mistake the roaring pace of the music.

The eight page booklet has an introduction by composer Frederick Wiedmann and the film director Ethan Spaulding, orchestra credits and some stills from the film, mostly centred on Damian Wayne.

If you’ve been collecting Wiedmann’s work since he started composing for the Batman animation series, you won’t feel unhappy adding this one to your collection. 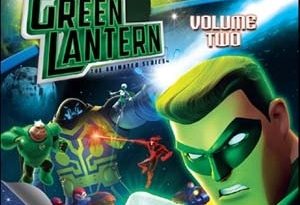